This year Fortum was recognised as the most efficient generating company in Russia for the second year in a row. Nyagan GRES, Fortum’s largest greenfield power plant in the country is, perhaps, the most telling example of the operational efficiency and focus on reliability of power supply that made PAO Fortum a supplier of choice in Russia. The power plant operates at an extraordinary capacity factor nearing 90%. Furthermore,  it is a benchmark of low fuel consumption.

Nyagan GRES is about a 20-minute drive outside of the city that was built in the 1960s to house oil industry workers. Its 90-meter-high cooling towers dominate the landscape and can be seen from great distances. Here, in the middle of the pine forest that stretches as far as the eyes can see, a gas-fired 1361 MW power plant was commissioned by Fortum.

Nyagan GRES became one of the world’s largest thermal power plants operating at latitudes north of 62 degrees and the first greenfield project in the Russian power industry since the 1980s. In fact, it was such a significant milestone that President of Russia Vladimir Putin and President of Finland Sauli Niinistö participated in its opening ceremony in 2013.

Khanty-Mansi autonomous district is the fourth richest region of Russia in terms of Gross Regional Product. The largest energy consumers here are the oil and gas industries. But up until the launch of Nyagan GRES, the western part of the region, which is approximately two times bigger than Germany, had been dependent on the power supply from the power plants located 600 km away, in Surgut, or 850 km away, in Nizhnevartovsk. Not only production sites, but also households and social institutions, like schools and hospitals, had to get along with certain constraints. Nyagan GRES currently supplies electricity to more than 2 million homes across the region.

The plant accounts for one third of Fortum’s power production in Russia (10 TWh out of 29.3 TWh ). It has significantly improved energy system stability in western Siberia, where the harsh northern environment and huge distances between habitable areas make the reliable supply of energy more important than in many places. The power plant is known not only for its well-thought-out location, but also for its production and efficiency figures.

From an outsider's perspective, the interior of Nyagan GRES is reminiscent of a star ship from a sci-fi movie. A complicated series of pipes entangle shiny gas and steam turbines combined in one power island.

The power plant houses the most advanced gas turbine combined cycle technology with efficiency around 58%, compared to ~35% of many other Russian thermal power plants that are using condensing steam cycle to generate electricity. The cutting-edge technologies allow Nyagan to be one of the most eco-friendly sites in thermal generation. In order to insure compliance with environmental regulation the plant is equipped with monitors that continuously measure the concentration of flue gas emissions.  The data on carbon dioxide, nitrogen dioxide, and nitrogen oxide outputs is available online.

The fuel consumption of the plant is very low: producing one kilowatt-hour requires only 212 grams of fuel. For comparison: other similar-sized thermal power plants in the region lag behind in terms of fuel efficiency and demonstrate specific fuel equivalent consumption from 225 to 306 grams per kilowatt-hour. All this also means competitive prices for the electricity generated.

Advanced ergonomics and high level of automatisation in the production processes are other unique features of the power plant. A large number of processes can be managed or monitored remotely, as the outside temperature in Nyagan is well below zero for most of the year. The advanced CCGT technology with the latest power plant control system ensures high productivity, reliable power supply and lower cost of electricity. This translates to the capacity factor of Nyagan GRES, which was 87.5% in 2019.

Today, Nyagan GRES power plant employs around 190 professionals. Some of them were part of the team that supervised the construction of the facility and know its equipment inside out. Other specialists joined later to bring in the necessary technological expertise. All the Nyagan GRES engineers are committed to enhancing the power plant’s environmental and safety performance, as well as to pushing operational efficiency even further. There are currently projects under way to optimise the time and duration of the outages needed for equipment inspection and maintenance. 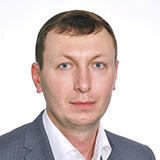