In 2021, once again, Fortum is raising the bar for the blossoming renewable energy market in Russia.

In February, the Fortum-RDIF joint venture made the investment decision to build a 116-MW solar plant in Kalmykia. The first stage of the SPP with a capacity of 78 MW is to be commissioned in Q4 2021. This capacity, along with previously made investment decisions, means that by the end of the year Fortum and its joint ventures will be delivering 556 MW of renewable energy to consumers in Russia, which is facing rising pressure to address its greenhouse gas emissions.

This fact makes Fortum the largest renewable energy power producer in Russia. We embarked on this growth path last year when the Fortum-Rusnano wind investment fund ramped up the commissioning and delivered 550 MW of wind power, despite the high level of uncertainty and transport disruptions caused by the COVID-19 pandemic.

As the renewable energy drive accelerates in Russia, Fortum plays a leading role in investing in solar and wind power. Through our presence in Russia’s wind and solar power markets, Fortum supports local communities and businesses in their transition to a low-carbon economy.

We came into the Russian renewable energy market spotlight in January 2018 after commissioning Ulyanovsk wind power plant 1, the first commercial-scale wind power plant in the country. Its installed capacity is 35 MW. Fortum also has 35 MW of solar plants in Russia.

We own the largest RES portfolio of more than 2 GW, directly and through our joint ventures with RDIF and RUSNANO. At present, approximately one-third of the portfolio is in operation, the rest of the projects are either under construction or under the investigation stage. The total operational portfolio of the company and its joint ventures is 670 MW. Wind projects constitute the most part of it, which is about 1.8 GW; solar projects account for 10% of our portfolio.

Our wind portfolio accounts for 50 % of the total volume of wind power plants commissioning in Russia under the acting RES development programme, based on capacity supply agreement mechanisms.

Today the Fortum and JV portfolio of the completed RES projects consists of 8 wind farms and 3 solar power plants with a total capacity of 670 MW. But the Ulyanovsk wind farm remains iconic for the positive impact on the local community. Apart from the fact that wind power generates 8% of the region’s electricity demand, students at Ulyanovsk State Technical University now have renewable energy study programmes and research facilities, and Vestas has launched the production of composite turbine blades in the city. Additionally, it became one of the most popular Instagram spots in the city, which shows the highest appreciation for the beauty of renewable energy. Renewable energy is a clear winner when it comes to encouraging investments and boosting the regional economy.

The largest wind energy cluster in the post-mining region

In 2020, the most ambitious regional investment programme of the Fortum-Rusnano wind investment fund was implemented in the Rostov Region. In total, 90 Vestas wind turbines with a combined capacity of 350 MW were installed at the Kamenskaya, Sulinskaya, Gukovo, and Kazachya wind farms, making it the largest wind power project in Russia so far.

The wind turbines are supplying renewable and carbon-free power to homes and industrial enterprises across southern Russia. In the early 20th century, this area was the centrepiece of a coal-and-steel industrial complex. It was the ‘Ruhr valley’ of southern Russia. Today a new industry is gaining a foothold in the region; wind power is quickly reshaping the landscape and local industries are adapting to the new realities. For example, a Taganrog-based steel manufacturer is currently producing towers for wind turbines.

In 2020, the Fortum-Rusnano wind investment fund commissioned wind power plants in Kalmykia. 48 Vestas wind turbines with a total installed capacity of 200 MW were installed on the territory of the Salynskaya and Tselinskaya wind farms. These power plants became the largest generation facilities in the Republic of Kalmykia and are capable of covering almost 80% of the region’s electricity demand. After the Fortum-RDIF solar power plant is commissioned in 2022, the region will be able to cover 100% of the energy demand with renewable energy.

Previously, the thermal power station located in the Republic of Kalmykia covered only 10% of the local demand, with the rest coming from neighbouring regions. Wind farms have unlocked the region’s huge renewable energy potential, and Kalmykia now has a large source of carbon-free and renewable energy in its power system with an annual output of about 525 million kWh. This makes the republic one of the carbon-free development champions of Russia.

In 2020, Fortum made one more incremental step forward in the development of renewable energy in Russia. The company teamed up with the Russian Direct Investment Fund (RDIF, the sovereign investment fund of the Russian Federation) to create one of the largest renewable energy players in Russia. As a first step, the Fortum-RDIF joint venture invested in the acquisition of fully completed and commissioned wind power plants in the Ulyanovsk and Rostov regions with a total capacity of over 350 MW. The announced construction of the solar power plant in Kalmykia indicates the progress of the partnership.

By implementing gigawatt-scale RES projects, Fortum is supporting the country’s transition to a cleaner energy system and providing a pillar for customers in their decarbonisation efforts by supplying them with CO2-free energy from wind power plants.

Our efforts will make renewables cheaper and cheaper in Russia, paving its pathway towards reduced CO2 emissions and highlighting the emerging role of wind and solar in preventing climate change. 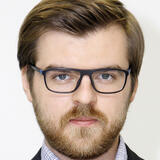