Key facts about the CCS project

Can capture 400,000 tonnes of CO2 per year.
This is the equivalent of the emissions from around 200,000 cars and will reduce Oslo’s emissions by 14%, making it essential for reaching the city’s ambitious climate goals.

Will produce negative emissions.
50% of the waste handled is of biological origin, meaning that when we capture it, the CO2 will be taken out of the atmosphere. This is also known as Bio-CCS or BECCS, something which the European Commission, the UN and the International Energy Agency all state is paramount to reaching the world’s climate targets.

Handles the city’s waste sustainably.
The Waste-to-energy plant end treat 400,000 tonnes of waste per year that cannot or should not be reused or recycled.

The excess heat from the waste incineration is used to produce district heating and electricity.
Currently, Fortum Oslo Varme covers the heat demand from 160,000 housing units in Oslo, equall to 20% of the city’s heat demand, through its district heating system.

Can be replicated to almost 500 similar WtE-plants in Europe.
The project in Oslo is considered the most mature waste-to-energy with CCS project in the world. When realised, it will be a state-of-the-art facility providing circular waste handling, district heating and negative emissions, and a model plant for European cities aiming to reduce emissions and solve their waste problems.

Is safe and tested.
We have conducted a 5,500-hour pilot test on our flue gas and achieved up to a 95% capture rate. In addition, our technology supplier Shell has experience from full-scale carbon capture in Canada.

tonnes of CO2 captured per year

reduction in the emissions of Oslo

Why waste-to-energy with CCS?

21 September 2020, the Norwegian Government proposed to realise its full-scale carbon capture project and named it "Langskip" (referring to the Viking longships). The project consists of a full CCS value chain, from capture to transport and storage, and includes several industrial actors. Fortum Oslo Varme received a conditional offer of NOK 3 billion (approx. EUR 300 million), provided that the project secures sufficient own funding as well as funding from the EU or other sources.

The project is an "oven-ready" CCS project that is ready to be the first full-scale waste-to-energy plant in the world with CO2 capture. The project has successfully conducted its FEED studies, operated a pilot plant for 5,500 hours and achieved a stable capture rate of 90-95%. It will demonstrate CO2 transport to port with emission-free trucks and is ready to take the role as a leader for cities aiming to solve their waste problem and substantially cut their emissions.

17 Nov 2021: Fortum Oslo Varme's CCS project did not receive support from the EU Innovation Fund for the first round of applications 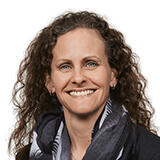 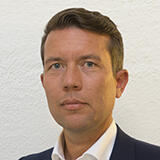