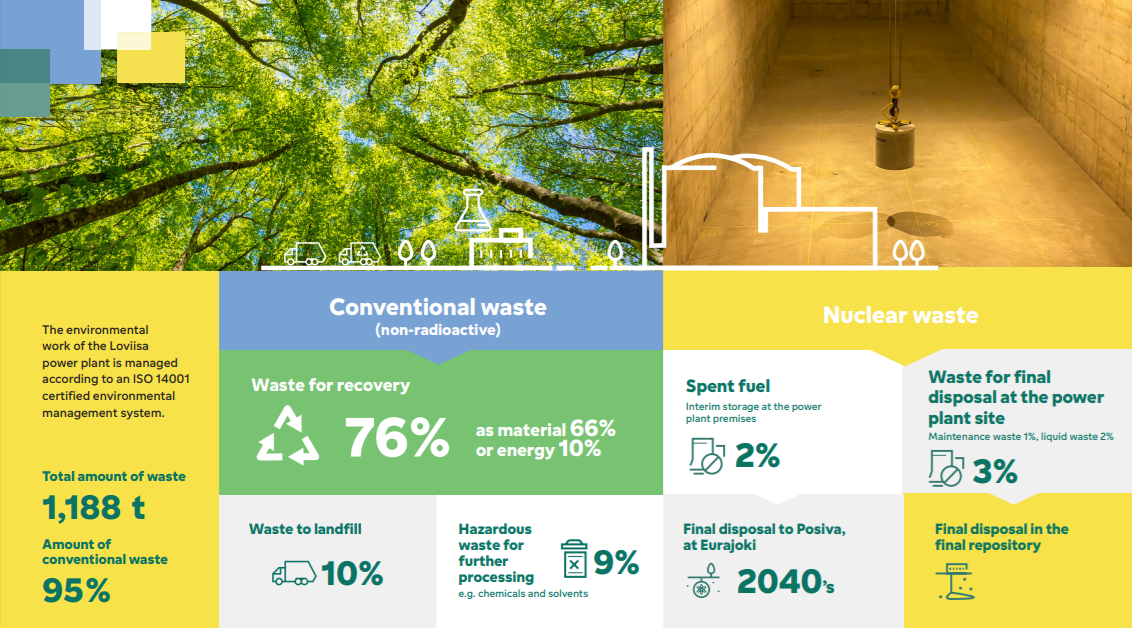 Loviisa nuclear power plant generates approximately 1,188 t of waste each year. However, most, or more precisely 95%, of the waste generated by the nuclear power plant is conventional, ie non-radioactive waste. Up to 74% of this waste is recovered, as material or energy.

Only 10% of waste ends up in landfills and 9%, such as chemicals and solvents, goes to further treatment as a hazardous waste due to its properties.

Read more about the final disposal of nuclear waste

Read our latest Our environment report