Building a simulation model of a Geothermal Power Plant

Training simulators can be extremely beneficial in countries and projects where the new technology training for operators and engineers must be conducted on-site. My main task during my summer job at Fortum was to develop a generic simulation model of a Geothermal Power Plant. Developing geothermal operation and maintenance (O&M) capabilities aligns well with the Fortum eNext strategy on decarbonisation.

My main task during my summer job at Fortum was to develop a generic simulation model of a Geothermal Power Plant with an Apros simulation software. The Apros software was developed by Fortum and VTT (Technical Research Centre of Finland Ltd). It is used to realistically simulate the dynamic behaviour of thermal power plants and their control systems. The work was a real learning process, as I had no prior experience with Apros software, and this geothermal technology had not been previously modelled with Apros. The primary goal of my work was to prove that geothermal power can be modelled with Apros. My secondary goal was to create a generic model that can be used as a base for commercial applications – like operator training simulators and engineering simulators.

Training simulators can be extremely beneficial in countries and projects where the new technology training for operators and engineers must be conducted on-site. The simulators can also be used for engineering applications to reduce downtime and increase availability, e.g. by studying plant behaviour in plant disturbances. Making this basic Apros model of a geothermal power plant is a prelude to developing a training simulator for a mobilisation phase. Developing geothermal operation and maintenance (O&M) capabilities aligns well with the Fortum eNext strategy on decarbonisation.

Geothermal power is a local, low-carbon energy source. It does not use fossil fuels. It is profitable to build near regions with volcanic activity. A geothermal power plant is built by drilling holes in prospective regions with underground reservoirs of fluid. The fluid is a mixture of hot water, steam and impurities. The composition is heavily dependent on location. The geofluid is under high pressure.

For the modelling I used open source data from geothermal power, generic engineering information on water/steam cycles and some more specific details from an Icelandic geothermal expertise and services company Deilir Technical Services. The current model has three wells, two steam separators, a turbine, a condenser and a cooling tower. Figure 1 shows the operation display of the Apros model. A geothermal power plant does not have fuel. The heat from the earth warms the fluid, which is then put into a water/steam cycle. This is seen below in Figure 1.

The steam and water mixture is flashed and separated into steam and brine, as shown in Figure 1. The steam goes to the turbine and the brine to reinjection. In some cases, the brine is flashed more than once to maximise the benefit from it. The brine and condensed steam is reinjected or released above ground.

A geofluid reservoir that has been tapped into will gradually decrease in pressure and temperature. When brine is reinjected relatively close to the reservoir, it is replenished. This will slow down the decrease in pressure and fluid production. Geofluid is also full of impurities. These impurities often include hydrogen sulphide, silica, chloride and sodium. The quality of the geofluid is dependent on the location. Without reinjection, these impurities are released above ground and into the atmosphere.

Foundation for developing a model for a real geothermal PP set

The current state of the model is such that it can be used to study changes in production well parameters (incoming steam pressure and temperature), component malfunctions (e.g. stuck valve), leakages in steam pipes and steam turbine degradation (e.g. due to corrosion from impurities). Development opportunities include the addition of impurity calculations, more accurate automation and wider simulation scenarios. The final target is to develop a training simulator for an actual geothermal power plant.

In conclusion, it has been an educational and interesting summer. Despite some challenges, like Covid-19 and the consequential remote working, I learned to use the Apros simulation software. My colleagues have been a tremendous help, and I am still learning new things about it. Despite having little data to go on, creating a geothermal model has been successful. Developing a more specific model for a real geothermal power plant is now feasible. The foundation is set. 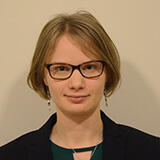 We operate your plant safely, sustainably and economically