As a result of thorough investigations and specialized repairs, the availability of one of Helen’s generators was significantly improved and vibrations brought to the level it was when installed in the early 1990's. At the same time the lifetime of the equipment was also prolonged.

Helen Oy, producing electricity and district heat in Helsinki, Finland had for many years had a worsening vibration problem of the generator at its Vuosaari A site. The unit could once not even be started, as it would trip on the run-up to speed.

The customer had tried to solve the problem on their own and together with other partners, but ended up contacting Fortum eNext in 2015. Based on the initial findings, Fortum eNext executed first repairs including re-alignment of the generator during spring 2015.

The unit was operated normally for a couple of years. However, in summer 2017 during a planned outage, Fortum eNext was called again to perform inspections of the main and exciter rotor. It was then discovered that the electrical contact between main rotor and exciter rotor was in a bad shape, and a temporary repair was done. In 2018, the main and exciter rotors were taken to Fortum eNext workshop in Västerås Sweden where a design upgrade of the electrical connections was implemented and the rotors were high-speed balanced.”

Finally, with the stator re-aligned and the rotors in perfect balancing conditions, the vibration levels were brought down significantly, back to the level they were in 1994−1995.

Even though it took some time to come to the final solution, the customer was very pleased with the process. Issues with the stationary parts as well as with the main and exciter rotors were identified, analysed and, in the end, corrected. All work was done without causing any additional downtime.

“To me the vibration levels seem the same as when the generator was brand new," says Maintenance Manager Karl-Gustav Pihl from Helen. 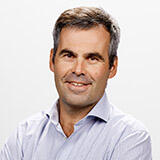