Significant loss of production at a pulp mill could have been avoided with remote monitoring.

During a standard overhaul at a pulp mill, Fortum eNext experts discovered extensive looseness in the generator stator end winding. There were no noticeable changes in the operational data of the generator that could have indicated problems.

The end winding areas were cleaned, retightened and painted, extending the overhaul by a week and causing loss of production for the owner.

After two years of operation the stator winding failed (earth fault) during the condition monitoring test done in the next overhaul. Vibrations of loosened stator end winding had harmed the main winding insulation to an extent where, despite extensive retightening, the winding failed again.

A “quick” repair was done by replacing the damaged part of the winding with a new one to bring the machine back into operation. This repair extended the planned overhaul by several weeks, causing significant loss of production. At this point, a decision was made to fully rewind the stator in the coming year.

Remote monitoring would have detected the end winding looseness both in end winding vibration and increasing stator PD values at the stage of development. It would have enabled planned repairs at an early stage instead of emergency repair when the damages were already severe. The lifetime of the stator could have been extended significantly and, moreover, remote monitoring would have saved the customer several weeks of production and extensive repair costs. 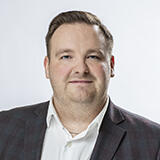