NURES® treats radioactive liquids with a higher selectivity and to a smaller waste volume compared to any competing organic resin or inorganic ion exchanger on the market.

NURES® technology purifies your radioactive liquids efficiently with lower costs. It is based on patented, 100% inorganic, highly selective ion exchange (“IX”) materials. The Treat-series IX materials have been developed from a nuclear power plant operator’s perspective since the 1980s. NURES® technology is proven in the most challenging conditions at our customers’ installations, including the liquid treatment at the Fukushima Daiichi site where extremely stringent purification criteria have been applied. We thrive to deliver the best possible radionuclide purification technology to our customers with continuous R&D activities and product development.

Countries where NURES® is in use

Delivery of treat materials as-is or packed in a column, including:

Delivery of treat materials as-is or packed in a column, including:

Stable during interium storge and compatible to most solidification recipes 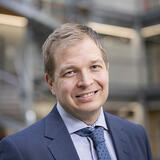 70 m3 of reprocessing liquid with 7 GBq/l of Sr and 7 GBq/l of Cs purified to lower activity enabling cheaper further treatment.

Cleaning of cooling water reverse osmosis reject. CsTreat® and SrTreat® are used in ALPS to reach a non-detectable level of Cs and Sr.

Cleaning of sodium coolant from PFR and DFR with CsTreat®.

Treatment of liquid from a Fuel Element Debris (FED) treatment system with CsTreat® and CoTreat®.

3000 m3 of floor drain wastewater was purified with 250 litres of CsTreat®.

1310 m3 of evaporator concentrates have been purified by 2009 with 232 litres of CsTreat®. Savings compared to cementation are over 50 million euros.

Cs and Sr purification of liquids from nuclear ice breakers.

The following NURES® Publications are free to download, but we would like to better serve you by getting the contact information of those interested in our products. Please fill the following form and you will be redirected to our downloads page.