Fennovoima needed an interim spent fuel storage to be used for spent fuel of Hanhikivi-1 NPP. Fennovoima applied for Construction License for the spent fuel storage at the same time as for Hanhikivi-1 NPP in June 2015. During the first phase, Fortum supported Fennovoima in decision-making by compiling conceptual design of different site-specific storage concepts, such as a dry cask storage and a wet pool storage. Based on the concepts, a comprehensive technical and economic feasibility studies of the options were performed. At the end of the first phase, a decision was made to proceed with a wet pool storage. In the second phase, Fortum successfully implemented the basic design of the wet pool storage and compiled the documents needed for construction license application, including PSAR for the spent fuel storage.

The project was divided into two phases: in the first phase, Fennovoima was supported in decision-making regarding storage, and in the second phase, the chosen storage concept was designed.

The first phase started in 2016. Based on framework and initial data given by Fennovoima, fuel cycle analysis was performed. This led to definition of the needed storage space and cooling capacity for both storage alternatives. And this, combined with analysis of safety requirements, enabled Fortum to build a preliminary system design and ultimately a preliminary 3D model for both the wet and the dry storage alternatives. Cost estimates were made for both storage methods, and the safety and feasibility of the concepts were also evaluated.

Based on the report, the wet pool storage was presented to Fennovoima as the final proposal. In autumn 2016, according to Fortum's proposal, Fennovoima ended up choosing the wet pool storage. Some of the significant selection criteria were related to consistency with the Finnish disposal process, compliance with the safety requirements and beneficial investment parameters.

The design included, among other things:

The goal was to advance the design enough to enable compilation of the preliminary safety analysis report (PSAR). The construction permit material, including PSAR, was submitted to Radiation and Nuclear Safety Authority (STUK, Säteilyturvakeskus) for review.

After STUK’s first comments were received, the PSAR was updated. Safety regulations (YVL guides) were also renewed during the process, and these changes were taken into account systematically. Also Human Factors Engineering (HFE) program was added to design process and Operational Experience Review was performed in spent fuel storages of Loviisa and Olkiluoto.

The final updated construction permit material was sent to STUK in autumn 2021.

The intergenerational learning process was emphasised during the project. At the beginning of the project, there were still retiring senior experts available, whose learnings and responsibilities were successfully transferred to other experts. It was also significant achievement to systematically collect practical user experiences from fuel storage facilities in Loviisa and Olkiluoto, and use these experiences as valuable design input. Also methods to implement Human Factors Engineering (HFE) aspects to the design were systematically developed. 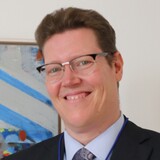 The project was large in scope, and during the project we enhanced our competence by multi-disciplinary transfer of knowledge between generations of Fortum´s engineers