Carbon dioxide removal is a must – but what is the scale and the preferred technology?

In addition to radical emissions reductions, the EU will need to remove carbon dioxide from the atmosphere to stay within the boundaries of the carbon budget and combat climate change.

Our world must not emit more than 340 gigatonnes of greenhouse gas (GHG) emissions if we want to limit the global temperature at or below 1.5°C above pre-industrial levels. This is the estimate by the Intergovernmental Panel on Climate Change (IPCC), a global body evaluating climate change science.  The current annual rate of approximately 40 Gt of GHG emissions means that we have only 8 years left. The IPCC warns that as the world gets warmer there is a big risk of possible sudden Arctic methane leakages taking another 100 Gt from the budget.

The infamous 1.5 degrees IPCC report offers policymakers a set of different pathways that eventually lead to warming of 1.5 degrees Celsius, either by directly limiting the global warming to 1.5 degrees or by overshooting it and coming back later on.

What, then, should we do? Basically, there are two ways to combat climate change: emitting less or sequestering carbon dioxide from the atmosphere. Roughly speaking, we should halve the amount of carbon dioxide emissions globally every decade until 2050. Alternatively, if we choose a slower emission abatement approach, we will have to sequester more carbon dioxide from the atmosphere. What the IPCC tells us is that we need both approaches – and on a large scale. The amount of emissions must be decreased at an unprecedented level. Even in the scenario with the most radical emissions reductions, we will need to remove carbon dioxide. The level of carbon dioxide removal needed is estimated to be between 100–1000 GtCO2 over the 21st century (as a reference, total EU emissions in the same time span of 80 years would be approximately 80 x 4  = 320 GtCO2-eq).2

Carbon dioxide can be removed in many ways

How, then, can we remove carbon dioxide from the atmosphere? First, let’s clarify the terminology: in this text, carbon removal operations lead to a reduced concentration of atmospheric carbon dioxide.

There are many natural ways to capture carbon dioxide, the most obvious being the oceans and plants – at present each sequestering approximately one-third (30%) of annual human-derived emissions.3  CO2-gas dissolves into water, forming carbon acid; plants absorb carbon dioxide as they grow, without human assistance. However, for plants to have long carbon residence times, we have to make sure that the carbon dioxide does not escape back into the atmosphere, and the biomass has to be stored in a manner that keeps the carbon dioxide from decomposing or burning. Using wood and other biomass as a building material keeps the carbon stored in walls and ceilings of the building. Another possibility is pyrolysis – heating the biomass in a reactor without oxygen (pyrolysis) and turning carbon into biochar. Biochar is a fixed and stable molecule of carbon that does not decompose, and thus the carbon is kept stored for over thousand years.

Carbon can also be captured mechanically from the chimney of a power plant or an industrial facility or even directly from the air and then stored underground, e.g. in depleted oil or gas fields. However, these approaches are at a very limited scale and often still tested with catch-and-release. Many of them are still quite expensive to deploy at scale, e.g. Climework’s Direct air capture machine will remove a tonne of carbon dioxide at approximately 600 dollars per tonne.4  As a reference, the current price of an emission allowance of 1 tonne of carbon dioxide in the EU’s emission trading system is around 25 euros.

As the global carbon budget is diminishing, the discussion around removal solutions needs to be started. As the first step, the EU needs to define what qualifies as a removal and storage, and how long the carbon dioxide needs to stay away from the atmosphere. Other important issues to be solved include how to avoid double counting, and what are the differences between carbon sink (forest), carbon removal (biochar, carbonates, biomass-structures, DACS5, BECCS6) and carbon-neutral technology (fossil CCS).7  Without a doubt, all of these methods of keeping carbon from entering the atmosphere and removing it are needed in order to stay within the boundaries of our carbon budget.

2 EU GHG emissions in 2017 https://www.eea.europa.eu/themes/climate/approximated-greenhouse-gas-emissions/approximated-greenhouse-gas-emissions-in-2017
3 https://www.pmel.noaa.gov/co2/story/Ocean+Carbon+Uptak
4 https://www.carbonbrief.org/swiss-company-hoping-capture-1-global-co2-emissions-2025
5 DACS - direct air capture and storage
6 BECCS - bio energy with carbon capture and storage
7 Double counting is for example a situation where the same certificate is utilized by the implementing party and the purchasing party
8 An example of existing carbon pricing schemes European emission trading system 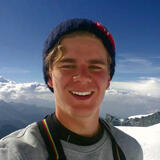 Take a stand for the climate: Vote in the European Parliamentary elections