For a cleaner world also with conventional power plants

We all agree on the urgency of climate actions. But we won’t achieve the climate targets merely by imploding smoke stacks and building new production. Alongside that, existing energy production must be developed and “cleaned”. Achieving the targets without compromising security of supply requires all actions.

The purposeful reduction of carbon emissions from energy production has been at the core of Fortum’s expertise for decades. The history of our electricity production is based on clean hydro and nuclear power, and we have also accomplished a lot in making heat production cleaner – purposefully, step by step. A few examples follow.

We are working together with the City of Espoo and other partners to develop smart and flexible solutions to replace coal. Some five years ago the share of carbon-neutral district heating accounted for one per cent of Espoo’s district heating. Now it’s 40 per cent. In terms of district heating, the path to a cleaner world still requires that waste heat, renewable electricity, geothermal energy, bio energy and artificial intelligence, among others, are put to better use than they are today.

In Russia, we have modernised plants and have built new ones in the Urals region and in West Siberia. We have transitioned from coal to natural gas, which emits less carbon dioxide, and we’ve improved the production performance of power plants. Through these investments, the emissions per produced energy unit have decreased by about 20 per cent.

Indeed, we can proudly say that we have solid competence in improving the operational efficiency of conventional power plants and reducing emissions. In line with our strategy, we also optimise our production structure regularly; for example, we sold our district heating operations in Järvenpää and Joensuu to new owners. We are pleased that ownership of the plants, which are in good condition, was transferred to local operators with ambitious goals to develop the regional district heating business.

We offer our operation and maintenance expertise also to other players globally by selling expert services that improve the availability and performance efficiency of conventional power plants.

More new renewables to the energy system – in a controlled manner

At the same time as we maintain and optimise our existing energy production, we are continuously investing more in carbon-free production. The scale is well illustrated by the fact that in 2019 we invested one hundred million euros more in carbon-free production than in 2018, a total of more than 400 million euros. Last year we invested in new wind power production in the Nordic countries and Russia, and in hydropower plant refurbishments in Finland and Sweden. In Russia, we have a total of 430 MW of solar and wind power with our local partner Rusnano, and close to 1,500 MW more is under development. The plan is one of the most ambitious renewable energy projects in Russia.

Together with Uniper, we are already Europe’s third largest producer of carbon-free electricity, and renewable energy will continue to be central for us also in the future. Together we also have a compelling portfolio of new means to further accelerate the transition to carbon-free energy production. Our expertise includes, e.g., carbon capture and storage as well as the hydrogen economy, which, of the developing solutions are critical in reducing emissions. In terms of Uniper, the goal is for carbon neutrality in European production in 2035. These are the building blocks of our new shared strategy. 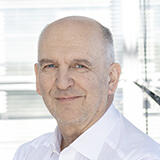