The EU and its member countries must together agree on the path to realising the transition to a carbon-neutral society in a controlled manner, without compromising security of supply.

The concern raised by environmental NGOs about the use of coal in energy production has been in the spotlight in Finland in recent weeks. Fortum has been challenged about the health impacts of coal power, and we also have been asked about the timetable specifically regarding the shutdown of our associated company Uniper’s coal power plants. The discussion about the issue is warranted because coal power plants account for 16% of greenhouse gas emissions in Europe and 19% globally. Uniper’s share of Germany’s coal power is about 9%.

In my opinion, it is really important that we engage in a broad discussion on the ways by which Europe can transition to low-carbon energy production in the decades ahead. We at Fortum strongly support the goal of a carbon-neutral Europe by 2050. At the same time, Europe’s competitiveness must be ensured, and its key enabler is affordable energy. The EU and its member countries must together agree on the path to realising the transition to a carbon-neutral society in a controlled manner, without compromising security of supply. Unfortunately, there is no shortcut to success – no matter how much we wish there were.

Well-functioning, market-driven emissions trading is the most economical way for society – and for every consumer – to realise the transition to a low-carbon energy system. The idea of emissions trading is simple: an annually decreasing cap is set on emissions, and the polluter pays. In fact, for a long time we at Fortum have urged EU decision makers to take actions to strengthen the emissions trading system (EU ETS).

The EU ETS covers electricity production, district heating, industry, and Europe’s internal air traffic, which together account for about half of Europe’s greenhouse gas emissions. A common emissions reduction timetable and the total annual emissions reduction – 1.74% annual reduction of year 2015 level – have been agreed upon in the EU. Thus there is one price, determined by supply and demand, for emissions within the sphere of the system. As the availability of emission allowances decreases from year to year, the price for emissions increases. Every player under the EU ETS has to decide whether to pay for their emissions or to invest in reducing them. Market-driven emissions trading thus ensures that the cheapest ways to reduce emissions are utilised first, no matter in which sector or country they are located in.

If the aim is to accelerate the reduction of emissions already under the EU ETS, the annual reduction factor must be increased. This will happen in 2021, when the factor increases to 2.2% – which it is a good start – but Fortum thinks the emissions cap should be tightened faster and that the increases should be bigger. This would lead to a faster decrease in emissions in earnest.

There is room for national measures, like taxes, investment support schemes, and bans, but they should target sectors that are outside the emissions trading scheme, like transportation, agriculture, and building-specific heating. On the other hand, it isn’t expedient to set national targets for sectors within the sphere of the emissions trading because the market and the reduction target are European-wide. It is important to note that nationally-enforced closing of individual power plants does not automatically reduce total emissions; instead, they enable increased emissions elsewhere. For example, banning the use of coal in energy production in 2029 in Finland doesn’t, in principle, reduce European emissions, because it doesn’t reduce the emissions cap set at the European level. So it is crucial that if these kinds of national measures are implemented, their impacts on the emissions trading system must always be offset by removing a corresponding amount of emissions allowances from the market and cancelling them. This guarantees that national decisions lead to actual emissions reductions and not just the transfer of emissions from one country to another.

Limiting global warming to 1.5 degrees, as referenced in the International Panel of Climate Change (IPCC) report, requires measures to reduce emissions in all areas of society.

Expanding the coverage of emissions trading would be a great way to do this because the more emissions that fall within the emissions cap, the simpler it is to reduce them. A possible immediate expansion target would be the heating and cooling of buildings, which would increase the emission trading volume by one fourth. Something that should be looked at farther into the future is integrating all other emissions – and perhaps carbon sinks – into the same market-driven system.

Another important way to expand the emissions trading coverage would be geographically. The EU should work actively to ensure that as many significant polluters as possible elsewhere in the world would also start emissions pricing. This is actually already happening in many countries, and integrating the systems with the EU’s emissions trading would open very attractive ways to prevent carbon leakage and ensure the equal competitive position of European industry.

The ultimate goal should be for the most comprehensive global emissions trading as possible. EU emissions account for roughly 10% of the world’s total emissions, so international solutions are really needed.

Germany seeks a social, comprehensive solution to end coal use

Europe’s biggest coal user, Germany, is seeking a comprehensive, national solution to end the use of coal in energy production. At the same time, Germany has decided to close its nuclear power plants as soon as 2022. Coal and nuclear power together account for over half of the country’s electricity production, i.e. the scale is huge. In fact, a key question is how to realise the transition without compromising the security of electricity supply and affordably priced energy. Likewise, it must be ensured that social justice is realised in coal-based power production areas already suffering as a result of the structural change.

The Coal Commission, established by the German government and widely representing society’s various interest groups, suggested that coal use be phased out by 2038. Germany’s coal-fired electricity output in 2017 was about 43 GW. The Commission is suggesting a phase-out of the output, with a maximum 30 GW in use in 2020, 17 GW in 2030, and no coal-fired electricity production whatsoever after 2038. It also suggests removing an equal amount of emissions allowances from the markets so that emissions trading is not undermined and so that the emissions are not transferred to other countries. Decisions on implementation are expected by the end of the year.

Also, all the other European countries where Uniper has coal-based power production have the political will to stop using coal. The goal set in France is for 2022, in Great Britain 2025, and in the Netherlands 2029. Finland is the only European country to have enacted legislation on discontinuing the use of coal in energy production.

Fortum’s stake in Uniper is just under fifty per cent, and, as mentioned above, the company is responsible for about 9% of Germany’s coal-fired power. Coal accounts for about 30% of Uniper’s capacity in all countries; the remaining 70% is emissions-free hydro and nuclear power, and flexible gas-based power production. We are currently in talks with Uniper’s management on strategic and operative collaboration arrangements between our companies. Reducing emissions is naturally one of the main themes in these discussions. However, as an independently operating listed company, Uniper negotiates with German officials about the continuation of its own plants and communicates the decisions related to them on its own.

Obviously, no matter how much we would like to fast-forward to a low-carbon future, we can’t. The transition will take time, and it must be done in a way that enables us to secure the supply of energy also when the sun doesn’t shine or the wind blow, and to keep costs reasonable for everyone. I hope that the political decisions made in different countries, in the EU and globally, support this goal, and that together we achieve a low-carbon energy system using reasonable means and at reasonable costs. 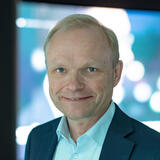