We are continuously working to phase out coal

Fortum’s Uniper investment and the related climate issues evoke emotions in social media. There are accusations of greenwashing, recklessness and global destruction. “You aren’t doing anything!” is the argument.

I can say with pride that we at Fortum are doing a lot – and continuously – for a cleaner world. From 2014 to 2018 our investments in renewable energy, the circular economy, and sustainable urban solutions were in the billions of euros. In 2019 alone we invested 401 million euros in carbon dioxide-free production. In fact, our investments in CO2-free production increased by more than 100 million euros from the previous year.

What have we invested in? For example, we are building wind power in the Nordic countries and Russia, and we are a frontrunner in recycling plastics and batteries in Finland. We are also involved in many projects improving material efficiency; one example is the use of straw fibre as a raw material for textiles.

Additionally, we’ve made significant decisions to discontinue the use of coal. In 2016, we decided to demolish the 40-year-old Inkoo coal-fired power plant, the biggest in the Nordic countries. Now the demolition work is nearing completion. Close to 92% of the Inkoo’s demolition material has been recycled.

Fortum and the City of Espoo have committed to carbon-neutral district heat production in the 2020s in the district heating network operating in the Espoo, Kauniainen and Kirkkonummi region, and in January we announced that we have accelerated our discontinuation of coal use from 2029 to 2025.

We are studying whether the waste heat generated by the Kilpilahti industrial area in Porvoo could be recovered for district heating in the Helsinki metropolitan area. About a quarter of the demand for district heating in the Helsinki area could be produced with the waste heat generated from the Kilpilahti industrial area’s oil refining and production of plastic products.

Additionally, our joint venture Stockholm Exergi announced in December that it is discontinuing coal use in heating in Stockholm after this heating season, and our associated company Turun Seudun Energiantuotanto announced that it will permanently shut down the Naantali coal-fired unit on 1.7.2020. We are also taking part in globally significant carbon capture and storage (CCS) pilots in Stockholm and Oslo. In Stockholm the fuel is 100% biomass and in Oslo 50% biomass, i.e., if realised, CCS will actually remove carbon dioxide from the air and create a carbon sink.

At Fortum we totally agree that coal must be phased out and emissions must be reduced as quickly as possible. However, transitioning to a low-carbon future unfortunately takes time, and it must be done in such a way that we can secure the supply of energy in all conditions and keep costs affordable for everyone. Nevertheless, the transition is well under way: Europe-wide, the use of coal in electricity production decreased by 20% from 2018 to 2019.

Fortum’s own production in Europe is basically emissions-free nuclear and hydropower, and we absolutely support the target of a carbon-neutral Europe by 2050. We are working towards this every day. We didn’t acquire Uniper because of its coal power, but in spite of it. Uniper’s share of Germany’s coal capacity is less than 9%, and the company has announced that it will decommission the majority of it within five years. In total, more than 70% of Uniper’s coal capacity in Europe will be discontinued by 2025. On the other hand, Uniper’s hydro, nuclear, and gas power play a significant role as Europe transitions away from coal and towards carbon-free energy production. Uniper expands Fortum’s hydropower capacity by as much as 80%. Uniper and Fortum are together one of Europe’s biggest CO2-free electricity producers.

At Fortum we are building a cleaner world. Piece by piece. With determination. 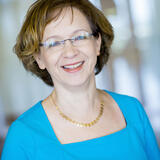