We work to advance plant safety every day at Loviisa through developing work procedures, implementing plant modernisations and personnel training, for example. This is how we create an increasingly robust safety culture.

On Friday, 11 March 2011, Japan experienced the most powerful earthquake in its history and a tsunami that caused widespread destruction, the human impacts of which are difficult to describe. The natural disaster resulted in severe damage to the Fukushima Daiichi nuclear power plant on the east coast of Japan and the release of radioactive material from the plant into the surrounding area and the sea.

The Tohoku earthquake was one of the most powerful earthquakes in recorded history worldwide. It has been estimated that the earthquake shifted the tilt of the earth’s axis and moved Japan a few meters. There is no question that nuclear power plant safety must always take local conditions and potential risk factors into consideration. Nevertheless, the safety measures and systems for such a violent natural phenomenon were inadequate. Could an accident of this severity happen in Finland?

The safety of the Fortum’s Loviisa power plant, situated in the south coast of Finland, has been developed since the planning of its construction phase and with the help of risk analyzes throughout its forty-year history. External factors, such as natural phenomena, have also been comprehensively taken into account in the analyzes. Thanks to continuous development, plant modernisations and changes, the Loviisa power plant meets today's safety requirements well.

Although Finland is a seismically calm area, the Loviisa nuclear power plant has been comprehensively prepared for a possible earthquake. There is no need to fear tsunamis, typhoons or other extreme phenomena here. As a result of climate change, the water level in the Baltic Sea is expected to rise and extreme weather events to become more common. The increase in extreme weather events is not expected to cause any problems for the safety of the Loviisa power plant in the future.

Currently, both land and sea rise levels are almost the same. The sea level is expected to rise only slightly at the plant site by 2050. The variation in the sea level is very closely monitored at the Loviisa power plant. Based on long term monitoring and studies, it is known that the threat of high seawater level in Loviisa does not occur suddenly, but the wind direction and the flows of the Gulf of Finland’s water masses make it predictable. For example, in January 2005 the sea level rose more than 1.7 meters above average, setting a record. The yard level of the power plant is at a height of 3 meters, so only additional monitoring at the plant site was needed during the event, and the situation did not cause any further measures at the plant.

The safety of the Loviisa power plant has been ensured by numerous different systems. For example, the plant has many back-up power systems to prepare for power outages that may be caused by external events. Although the probability of a severe reactor accident is very low, the Loviisa power plant was one of the first in the world to install systems for such an accident at the turn of the millennium. In 2015, a new air cooling system independent of seawater cooling was implemented for Loviisa nuclear power plant. The system improves the plant’s preparedness for extreme conditions when seawater could become unavailable for its normal cooling function. Examples of such situations would be an oil catastrophe in the Gulf of Finland or an exceptional natural phenomenon such as excessive algae released by wind.

Fortum has systematically developed the safety of its plants for decades. The post-Fukushima safety assessment didn’t uncover any factors that would have required immediate measures at Fortum’s Loviisa power plant. We work to advance plant safety every day at Loviisa through developing work procedures, implementing plant modernisations and personnel training, for example. This is how we create an increasingly robust safety culture.

Climate change and transitioning to a low-carbon energy system give added importance to reliable and emissions-free electricity production in the future. Finnish nuclear power is a safe, reliable, and climate friendly way to produce energy. Loviisa nuclear power plant is a significant producer of clean power and enabler of electrification in Finland. 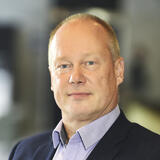