Biodiversity crisis is a call to action – here and now

Every person, society and economy is dependent on nature. The biodiversity crisis is an acute challenge, but it is possible to change the course. It requires actions from everyone. Combating climate change is one of the most effective ways to stop the degradation of nature.

Nature is our most important asset. Without it, there would be no life. This is how the extensive report, “The Economics of Biodiversity: The Dasgupta Review”, published in early February 2021, described nature’s significance for people and the economy. The report takes a pioneering look at the economic benefits of nature and the economic drawbacks of biodiversity loss. The report notes that natural assets have decreased by about 40 per cent globally in recent decades. During the same time, the amount of economic capital produced increased strongly. The equation is unsustainable.

Biodiversity encompasses all living things, including humans. Natural assets are referred to as ecosystem services. The degradation of biodiversity means impoverishment for humans. Biodiversity loss means loss for humans. Many are familiar with the news about the decline in pollinators, for example. Without pollinators, crop yields drop dramatically.

Climate change and degradation of biodiversity are interlinked

The UN had a global target to stop degradation of biodiversity by 2020. It wasn’t even close to being achieved. “Global Biodiversity Outlook 5”, a report published by the UN Convention on Biological Diversity, is stark reading. Not even one of the twenty targets was fully achieved. There certainly has been some progress, but not enough.

So why does this matter for modern people whose experience with nature may be distant? It matters simply because nature actually keeps us alive. Starting with the oxygen we breathe to raw materials and genetic diversity.

The Intergovernmental Science-Policy Platform on Biodiversity and Ecosystem Services (IPBES) specifically identifies land-sea use changes, direct exploitation, climate change, pollution, and invasive non-native species as impairing the carrying capacity of nature. The focus also must be on the impacts of urbanisation, population growth, and societal values and economic issues. Climate change is one of the biggest reasons for biodiversity degradation, and there is a tight connection between them.

Degradation of the local and global diversity of species and ecosystems – the biodiversity crisis – is an acute call to action. It is possible to change course and to improve damaged ecosystems. No one, however, can restore extinct species.

We at Fortum have been working on biodiversity for a long time, and we are aware of our impact on biodiversity. The construction of even just essential infrastructure has an impact on nature and thus on people, so it’s a topic that is close to us and our stakeholders. The biodiversity crisis requires better cooperation and voluntary actions from all players. Consequently, in conjunction with the new climate targets, we also set a special biodiversity target. It encompasses the entire Group, including Uniper.

In line with the target, we are taking at least twelve significant voluntary actions in 2021 to improve biodiversity. Local cooperation is the key to sustainable development for people, nature and the energy future. The approach is currently on a per-year basis because we want to develop our targets in the future. We are working to ensure that biodiversity is taken into consideration in all our current operations, in new projects and in the supply chain.

In 2020, we continued restorations of migratory fish habitats in the Vuoksi river system in collaboration with the City of Imatra and the Southeast and Southwest Finland Centres for Economic Development, Transport and the Environment (ELY Centres). On the River Oulujoki, we moved spawning salmon and trout to a restored tributary. These transfers help to strengthen the salmon population in the River Oulujoki.

Balance is the goal

The international community’s sight is on 2050. The UN goal is to achieve a sustainable balance by then, a balance where biodiversity is valued, protected, restored and used wisely. The capacity of ecosystem services enabling functional societies and economies is on a sustainable foundation.

The European Commission is focusing on the same topic in the EU Biodiversity Strategy for 2030. Biodiversity is strongly linked with the UN Sustainable Development Goals and the European Green Deal.

We at Fortum, together with stakeholders, will continue the practical efforts to advance biodiversity. At the same time, we are closely monitoring global development and proactively spurring our actions and targets. Combating climate change is one of the most effective ways to stop the degradation of biodiversity. Fortum’s mission is to drive the change for a cleaner world by ensuring a quick and reliable transition to a carbon-neutral economy. 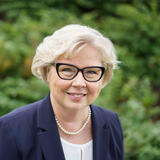 Fortum has introduced new biodiversity targets for the entire Group, including Uniper. Fortum is committed to several climate and environmental targets, including at least 12 major voluntary measures that enhance biodiversity, to be implemented in 2021.