Implementing a global corporate tax framework – will it support or slow down the energy transition?

On 22 December 2021, the European Commission proposed a directive to ensure a minimum effective tax rate of 15% for large groups operating in the European Union. The objective of the Commission is to enhance fairness, transparency and stability in the corporate tax framework, and this objective is easy to support. However, there is a concern that the approach would carry extensive and unintended obligations on investments and other measures that drive the energy transition.

The Commission proposal on ensuring a global minimum level of taxation for multinational groups in the Union stems from the work and negotiations between the members of the OECD and G20 Inclusive Framework on Base Erosion and Profit Shifting (BEPS), a working group of 141 countries and jurisdictions that formed – but not yet finalised – a Two-Pillar approach to address global tax challenges arising from the digital economy. The current Commission proposal closely follows the OECD Global Anti-Base Erosion model rules, referred to as Pillar Two.

We at Fortum are committed to responsible tax management, which among other things means that we pay taxes according to local tax rules in each country where we operate. Yet, there is a worry that the implementation of Pillar Two rules in the EU would not create the desired incentives for investments that the energy transition requires. In the worst case, the current approach would carry extensive and unintended obligations on measures that phase out the use of carbon and thereby cut down investments that enable societies to reach climate neutrality.

Pillar Two rules are not clear on calculating profit

Now, this may sound technical – and believe me it is – but complex technicalities have consequences. In the worst case, the technical implementation of these unclear tax rules could cause additional obligations for capital intensive companies.

Let me give you a concrete example. Let’s assume that a company running a coal-fired power plant decides to close that plant and invest in renewable energy sources. For wanting to shut down carbon assets and invest in clean generation, the company could end up with double taxation; income is taxed during the normal operations and second time when closing the plant. The extra cost depends on the size of the plant. The bigger the plant, the larger the timing differences. The extra tax could in the worst case be over 100 million euros, if the timing differences are not addressed appropriately.

Of course, this figure is an estimate. But the fact is that a company pays tax first on the profits of the business where those profits are created, normally between 20–30%, and a second time as minimum tax (15%) in the headquarter country purely due to timing differences. This creates a material additional cost weakening energy companies’ capability to execute the necessary energy transition early enough.

It goes without saying that this would send an unclear message to companies and investors and would in effect create a gap in new investments that are needed to mitigate climate change. All additional costs caused, for example, by higher capital costs or unexpected taxes will impact our capability to invest in the energy transition.

Another struggle could be jointly owned companies that have made large investments in nuclear and hydro operations. Owners often pay all taxes on all profits generated by production, and the company itself is not making profit at all. In Finland this setup is called Mankala, but the same kinds of companies exist in other countries as well. These entities may be treated low taxed, as taxes are paid by owners. In the worst case, nuclear operations would be taxed in Finland at the rate of 35%. This wasn’t the intention.

In tax regulation, simplicity is the ultimate sophistication. To have legal certainty and a stable investing environment, companies need clear rules and incentives. A very mundane example would be car sales. If a government even hints about a plan to increase the tax on motor vehicles, the whole market halts as consumers wait for certainty on what the impact will be.

For companies like Fortum – companies that are driving the energy transition, whose business is capital-intensive and whose investments are typically long-term – Pillar Two based rules would create uncertainty and possibly the wrong incentives.

The European Commission already published a proposal for a directive on Pillar 2 rules to be implemented by 2023 even though the OECD is still arranging public hearings on this matter. In the EU, member states will need to unanimously agree in Council on implementing the Pillar Two rules during next year.

My request for the EU Commission would be to take a time out with the implementation of the Pillar 2 framework until the potential implications of this framework to the EU energy transition objective have been carefully assessed. A broad public consultation involving stakeholders who are responsible for making all those investments would be crucial. I think it does not illustrate responsible tax legislation to propose a reform of this magnitude without going through a proper impact assessment or without a proper transition period.

In short, we highlight the need for clearly defined tax rules that do not penalise the energy transition. In line with our strategy, Fortum is phasing out the use of carbon from its fleet, and we hope the regulatory framework – taxation included – will send a clear message in support of implementing this strategy. 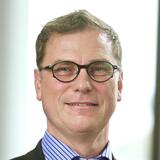