The world is currently only 8.6% circular. In fact, we use just over 100 billion tonnes of different materials each year, and 8.6 billion of these end up being recycled. The relative amount of recycled materials has decreased by half a percentage point in the last two years. This is because the consumption of virgin materials is growing faster than recycling. Our consumption of materials is projected to increase to more than 170 billion tonnes by 2050. With these figures, it is evident that the current pace and means to increase the circulation of materials won’t be sufficient.

There are fundamental problems with our way of thinking when it comes to a circular economy. Firstly, we are too focused on Europe and the Western countries, and secondly, we are currently building a system where it is not technically possible to achieve the desired recycling rate. I’ll open up these two issues a bit.

The first problem relates to the organisation of waste management. Although Europe has a functioning waste management system based on a combination of separate collection and waste incineration, the rest of the world is still a long way from this type of approach.

In most of the world, waste management is poorly organized and a significant portion of the material ends up in untreated landfills. One reason is simply that most waste materials are not valuable enough economically to be recycled. To make this possible, we need a carrot and stick approach brought by regulation, on which the EU has built its model. Building similar regulations globally would require a lot of time and political will, which is why a circular economy based on separate collection is not really a realistic option.

Another problem is related to recycling technology. Separate collection relies heavily on mechanical recycling, i.e. recycling where the chemical structure of the material remains the same. For example, in plastic recycling, separately collected plastic is melted into a new plastic raw material. The big challenge with mechanical technologies is that they are typically only suitable for fairly pure and relatively simple materials. However, a large proportion of waste does not meet these requirements.

If we compare the use of virgin and recycled materials (approx. 91% vs. 9%) and the huge gap between them, it’s clear that mechanical technologies can only improve this ratio to a limited extent. Indeed, the current model based on separate collection and mechanical recycling is more about optimizing the linear economy than about moving to a real circular economy.

So, how should we move forward? The solutions implemented in the EU are, in some cases, working well. The thinking and concepts should be developed further. What should be the future solutions?

Today, waste incineration is widely built in the EU. The public opinion on it is very controversial and the perspectives are quite narrow-minded. However, as materials become more complex and the limitations of mechanical recycling are understood, the right direction would be to develop waste incineration plants towards recycling.

By combining the carbon dioxide generated in the process with hydrogen produced with clean energy, new materials such as plastic could already be made with current technologies. In the future, metals and salts can be separated from the ash fraction with new technologies, and the remaining purified minerals can be utilized in certain applications such as in environmental construction or in civil engineering projects.

Technologies for implementing a circular economy already exist and bottlenecks can be solved. Well-designed regulations could significantly accelerate the development of these technologies and solutions. To sum up, Europe has a huge investment in waste incineration infrastructure that could be used to promote recycling. Unfortunately, however, the waste incineration is currently seen as a final stop of waste treatment and as an unwanted infrastructure that should be eliminated.

Currently, the EU is moving towards a decentralised model in waste management, with the aim of collecting and recycling different materials separately. However, due to the fundamental challenges described earlier, this model cannot achieve a real circular economy of materials.

In order to achieve a circular economy, the recycling of materials should go beyond mechanical recycling by exploiting the molecular level, for example by rebuilding materials in the way mentioned above, by combining carbon dioxide from waste incineration and hydrogen produced from clean energy. Today, the biggest bottlenecks are related to the fact that CO2 emissions are too cheap and too little clean hydrogen is available.

The challenges related to the circulation of materials can be solved but at present they are addressed by insufficient means, for example by defining a framework based too much on separate collection alone. We won’t be able to build the pieces of a functioning and complete circular economy puzzle, if there are only a few pieces in use.

The blog post was originally published in Finnish in Bonfire digital media. 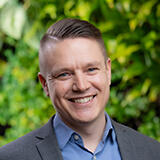