The perfect storm of Texas – Could we also be surprised by the weather?

In 1972, speaking in front of the American Association for the Advancement of Science, scientist Edward N. Lorenz presented a speech titled “Does the flap of a butterfly’s wings in Brazil set off a tornado in Texas?" In mid-February, everybody in the energy industry was following the chaotic events unfolding in Texas – this time not because of butterfly wings flapping, but because of a power system that was falling like dominoes. There is truly never a dull day working as an energy market analyst.

The basis for all the cascading events was the extremely frigid weather that had taken hold in Texas and neighbouring states, necessitating households to crank up their electric heaters in order to stay warm. Today, about two thirds of Texas households have electric heating, either directly or via heat pumps; that led to the expected power load to suddenly rise way beyond the worst-case assumptions by the system operator ERCOT.

At the same time, electricity supply started failing. Today there is a lot of discussion and attempts to pin the blame on stalling wind turbines as the main culprit for the events. While there were some wind turbines that stopped operating because of improper weatherisation of the blades, there was a much larger impact from failing natural gas production, which had to be shut down because of freezing gas pipelines and equipment at the power plants, and because of the diversion of the scarce gas supply to building heating. Finally, one nuclear reactor and some coal generation went offline, due to similar weather-related reasons. Altogether these outages culminated in over 30 GW of unavailable generation during a period when it was needed the most.

Consequently, the system operator resorted to rolling blackouts, which, at worst, were higher in magnitude than the size of Finland’s all-time peak load. Millions of households lost power for hours and days, and the ones that managed to stay online with market spot price-based contracts received electricity bills in the ballpark of thousands of dollars in a few days.

What are the lessons? Could similar events happen in Europe?

An energy-only market like the one in Texas either accepts rare situations with load shedding and sporadic blackouts as the most cost-optimal outcome, or it provides credible and high-enough price signals for investors in peaking capacity to invest in serving such very rare, albeit possible needs. In theory, all this works very fine, but I am sure there are also many voices in society who are not willing to accept such an outcome – and, consequently, there is a certain willingness to pay for insuring against such adverse systemic events. Furthermore, societies around the world are rightly increasingly ambitious in their decarbonisation plans, and electrification will be one of the core pillars facilitating and enabling that journey. At the same time, energy-wise it will mean putting an increasing amount of eggs in the same basket.

Consequently, my personal bet is that the events in Texas will also foster the discussion around energy system resiliency in Europe and in the Nordics. Despite the definite differences between our electricity system and ERCOT’s (for instance, the significantly higher level of regional interconnection capacity and clearly more harsh climate know-how and adaptation), in general the challenge remains the same: how to make sure the electricity infrastructure remains resilient in an affordable manner and ensure that it can serve as a central, reliable switchboard for the activities of a decarbonised society. How to finance all this, and who carries the investment risks? Will households increasingly rely on their own back-up generation if they lose trust in the infrastructural security of supply? Will we need strategic hydrogen storages in the future, in lieu of oil storages?

Today, the lone star of Texas shines again and the acute situation is over – but questions, discussions and hopefully also conclusions will certainly continue to emerge.

This text is part of a blog series produced by Fortum’s TAO (Trading and Asset Optimisation unit). The series focuses on exploring the various aspects of energy markets and the balancing of energy systems through the lens of market intelligence. Read more from the blog series introduction in LinkedIn. 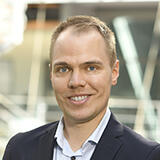