Renewables directive should recognise need for all low-carbon energy production

The European Commission considers revising the Renewable Energy Directive to align it with the European Green Deal. For Fortum, this sounds slightly premature, as existing legislation is yet to be fully implemented by the member states. In any case, we would like to see an outcome that takes into account all low-carbon energy sources, waste heat and the development of hydrogen economy, and is aligned with the Energy Efficiency Directive.

While the idea behind the revision is good, new legislation would in Fortum’s view be premature at this time. The Clean Energy Package for All Europeans was given by the Commission only a couple of years ago and has yet to be fully implemented in the member states. The timeline for implementation is by summer 2021, and in our view, the impacts of the existing directive, implemented in full, should be assessed before opening it up for revision.

We at Fortum are strong believers in the Emissions Trading System (ETS), and since it is under review as well, we would like to see this development carried out first. Only then should the renewables directive be opened up to complement the ETS. The energy system, along with the governing legislation, functions like an ecosystem. All pieces of the puzzle must fit together to deliver an environment in which climate neutrality can be achieved.

The time needed to fully implement the existing directive depends on the member state. Some may need help from the Commission. This help could be in the form of funds and resources and, for example, education for businesses to help them understand the possibilities at their disposal. Support from the Commission would also serve as incentive for investments.

What should RED II include?

If the directive is opened up and revised, Fortum has a number of suggestions regarding its content, and we outlined these in our answer to the consultation. The guiding principle should be to not regulate something that does not need to be regulated. Some things are better left for the markets to determine.

The EU’s renewable energy and energy efficiency targets are connected to national climate targets in the EU ETS sector. That is why a proper impact assessment is needed to evaluate the interlinkage of various targets and to find the most cost-efficient pathway to reach the 2030 climate target. Fortum is not calling for a revision of the overall EU RES target, but the indicative target for an annual increase of renewable energy used in heating and cooling could be amended. The overall renewable target should be binding only at the EU level.

What we do want to see is equal promotion for all CO2-free and low-carbon energy solutions. These are all needed if we want to reach the climate targets set for 2030 and 2050, and it would be unwise to ignore all the low-carbon energy production that is already in place. While wind and solar are increasing their share in the energy mix, hydropower and nuclear power are necessary to ensure security of supply as electrification progresses and the demand for electricity grows.

The name of the directive in question is the Renewable Energy Directive, but certain non-renewables must be considered in connection with it. We cannot get to climate neutrality without low-carbon energy sources, like nuclear. Spreading energy legislation between several different directives holds the risk of overlap, and Fortum thinks that all low-carbon energy sources should be addressed in this directive to create a level playing field. Emissions are the biggest problem we need to tackle, and carbon-neutral energy should be treated on parity with renewables. This also applies to installations equipped with carbon capture and utilisation or storage systems (CCU and CCS). A more appropriate title for the directive could be “Low-Carbon Energy Directive”.

The revision could strengthen the book and claim systems for Guarantees of Origin (GOs). However, we would like to highlight the need for standardisation and certification between member states, which can also be achieved by delegated acts not necessarily included in the core text of the Directive. At the same time, we would encourage a simple approach for hydrogen certification. From our point of view, all energy sources should be treated similarly in GO set-ups. GOs could be further used as an instrument for achieving the EU renewable energy penetration target if legislation enables this development.

Our observation is that the EU Commission aims to make RED II the key regulatory instrument for hydrogen. However, we do not think that RED II is the appropriate tool. Embedding hydrogen in the renewables directive would mean focusing only on green hydrogen, i.e. hydrogen produced with renewables. In our view, this is too limited an approach and can also prevent the EU eventually meeting its ambitious hydrogen targets. Fortum promotes clean and CO2-free hydrogen, which means that we would like to see all CO2 free sources equally accepted in hydrogen production. Hydrogen should preferably be embedded in a separate dedicated framework focused on a sound CO2 threshold and EU-wide certification mechanism, rather than a framework that is divided between several legal instruments. As a minimum, the RED II should allow for other forms of sustainable hydrogen production.

Hydrogen is a highly important topic. It involves emerging technology and may very well define the future of our energy production and decarbonisation efforts. Scattering regulation that governs hydrogen production could lead to inconsistencies and policy overlaps that do not support the market but rather slow it down. Unnecessary complexities should be avoided if the full potential of hydrogen is to be tapped.

Fortum also advocates more active use and promotion of waste heat generated in e.g. industrial processes, electricity production or data centres, which has so far been largely ignored in EU energy policy. Waste heat is a resource that is generated in any case, and using it to heat buildings rather than letting it dissipate into thin air is resource wisdom at its simplest. Incentivising the use of waste heat would help tap into an existing resource. If the waste heat is a side-product of electricity production, it would be covered by the ETS.

Heat markets have an extremely local nature and heating is regulated on the local level – even by municipality. There are very different climates within Europe, with highly varying heating and cooling needs. Different countries also have a different heritage, with many using district heating systems for large cities, but others such as Belgium and Germany applying direct gas heating.

This means that one solution does not fit all. The Commission should provide incentives for the heating market, not limiting them to district heating but designing the system to serve the entire heat market. District heating is the easiest to regulate, but it only covers approximately 20% or less of the European market. In Fortum’s view, incentives are needed to decarbonise the heating markets, and citizens should be helped to better understand the heat market and the available options. The role that heating plays in sector integration should be recognised.

The Energy Efficiency Directive is also undergoing consultation for potential revision. It is vital that these two revisions are carried out in parallel and consistently. Their proposed outcomes must be aligned and simplified to make implementation as straightforward as possible. Making the legislation more complex will only slow down the national implementation processes and put the 2030 target in jeopardy. 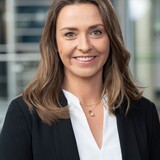 More on the blog