Renewables growth will slow down without the support from electrification

The share of renewables in EU27 electricity generation has already grown close to 35%, but for renewables expansion to continue at full speed and replace fossil fuels in the power mix, the system integration aspect needs to be put into the spotlight. The gap that is left by exiting fossil production needs to be filled with a variety of sources of flexibility – and the key to them is electrification.

When I decided to focus my studies on energy economics and modelling almost 25 years ago, obviously, many things were quite different than they are today. And I am not even talking about the Covid-19 pandemic. An important milestone back then was the Kyoto Protocol, which perhaps fell short in terms of concrete and needed actions, but it definitely managed to carry the international momentum to work together against global warming.

Now, looking back at the past quarter of a century, we all know that global carbon emissions have continued to rise and have already changed the climate. In fact, the temperature rise since the 1980s has been so rapid that the official three-decade temperature averages can be thrown into the trash bin. In order to understand whether a specific winter during recent years was actually mild or normal, you need to compare the temperatures against the climate-trend-adjusted normal. Comparing against the official average for 1980-2010 would give you a biased result. Just take a look at the graph below to see my point.

From wind power scepticism to rapid expansion of renewables

Today, luckily, the situation is quite different. Wind, solar, and biofuels have all grown substantially and together account for more than 600 TWh of the EU’s power generation. Considering the long lead times and perhaps somewhat stiff image that is sometimes attributed to the power sector, the expansion of renewables has been so rapid that it lures one into thinking that power sector decarbonisation is all but a done deal. However, there is reason to be cautious about such a conclusion.

Ever since ambitious renewables and climate targets have been discussed, there has always been the question of system stability and system integration. In other words, where do we get the electricity when the wind is not blowing, or how to finance the new investments when so-called cannibalisation starts destroying the business case? Obviously, this has not prevented the renewables boom so far, but it is becoming evident that the acid test for renewables is still ahead of us.

Time to kick-start the flexible electrification

The share of renewables in EU27 electricity generation has already grown close to 35%. But it is important to notice that this number includes a substantial amount of flexible hydro and biofuel based production. Even though we have seen a massive expansion of wind and solar in the last two decades, the share of these intermittent sources in the EU’s total electricity production is still below 20%. At the same time, the fossil-fired production – with a predictable and stable production pattern – has remained strong, as it accounts for 40% of the EU’s power generation. The numbers reveal that renewables expansion has enjoyed an environment where plenty of flexible power production has been available, helping to integrate the growing renewable production in the power system. But now, several indicators, including balance cost, grid problems, nuclear down-regulation, and cannibalization, suggest that the system integration is increasingly becoming an issue.

For renewables expansion to continue at full speed and replace fossil fuels in the power mix, the system integration aspect needs to be put into the spotlight. The gap that is left by exiting fossil production needs to be filled with a variety of sources of flexibility – and the key to them is electrification. Besides solutions for short-term flexibility, such as utilising EV batteries for balancing, electrification can provide the means for longer-term flexibility, especially via hydrogen production. Despite the great potential it offers, electrification – or the share of electricity in final energy use – has not seen any significant growth over the last decade. Therefore, it needs to be properly lifted in the climate agenda, preferably in the form of either EU-wide or national electrification targets, recognising the additional value of the flexibility. Without a proper kick-start to flexible electrification, we risk facing a slowdown in renewables growth. 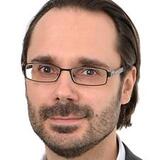