Why do we need hydropower?

Why is hydropower still so significant for our electricity system?

The primary global challenge of our time is the climate crisis. Global warming must be halted, and carbon neutrality must be achieved quickly, as was highlighted also in the recent IPCC report. Electrification will impact transportation, industrial processes, the heating of buildings, and more. To achieve this goal, we increasingly need wind and solar power. In addition to zero carbon emissions, hydropower has many other excellent characteristics, the most significant of which is its good balancing capacity compared to other production forms. In order to be able to connect renewable, weather-dependent production to our electricity system, the electricity system must have enough balancing power to balance the wind and solar production volumes to meet demand. In the electricity system, the production must be equal to the consumption at all times – every second and fraction of a second. Hydropower is at its best when balancing production with consumption.

How much balancing power is needed?

Hydropower’s balancing ability will be needed also in the future

These days, hydropower is to a significant extent responsible for producing the balancing power that is needed. A hydropower turbine typically has a wide control range, and the fuel has been stored in reservoirs, i.e. regulated lakes. Big water systems have so much stored energy that it’s possible to balance even longer-lasting fluctuations in wind power production. So far, no other energy production form has a similar ability as hydropower to store energy and produce balancing power. In fact, there currently aren’t many alternatives to hydropower, even though new solutions are constantly explored. In order to be successful in halting global warming, it is vital to enable the construction of renewable energy while securing hydropower’s position. According to a survey by the Finnish Wind Power Association, there are about 21,300 megawatts of public wind power projects in Finland, and about 3,400 megawatts of projects under construction will be commissioned within the next 2-3 years. So the demand for balancing power will be increasing even more. 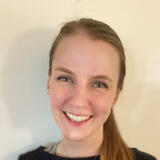