Ambitious, cost-efficient, technology-neutral and fair energy and climate legislation is crucial to set the path towards a climate neutral future.

On 14 July 2021, the European Commission published an extensive legislative package (Fit for 55) that revises basically all EU climate and energy legislation. The aim of the package is to reach the new, tightened target of 55% less emissions by 2030 from 1990.

Fortum Group welcomes the Fit for 55 package: it sets the EU on the right pathway towards climate neutrality by 2050 and demonstrates the EU’s global leadership in mitigating climate change. However, going forward it will be crucial to take a cost-efficient and technology-neutral approach for the necessary transformation of the European economy.

Our key messages on the package:

Targets and legislative instruments need to be better synchronised

ETS proposal increases the predictability of the decarbonisation efforts

The hydrogen legislation must be well-balanced and technology-neutral 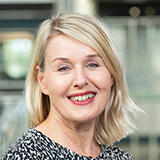