Fortum improves the supply of electricity and water in the village of Kapeli, India

Fortum has a 10 MW solar power plant in Kapeli, India. As a part of its community programme, Fortum equipped the village schools and dispensary with solar panels, and constructed a 10,000 litre water tank for the use of the 3,000 villagers.

Fortum installed solar panels to the primary and secondary schools in Kapeli . The solar panels provide the schools' 250 students lighting and air conditioning. Also the only clinic in the village received solar panels, which help to ensure uninterrupted medical aid. In addition, Fortum constructed a 10,000 litre water tank in the village. The tank saves the villagers the daily 6-km walk to the nearest water station and back.

"The initiatives show our commitment towards sustainable development and focus on empowering the community as a whole," says Mr. Sanjay Aggarwal, Managing Director, Fortum India.

Fortum commissioned a 10 MW solar PV plant in Kapeli, a village in Dist. Ujjain, Madhya Pradesh in the end of December 2014 . The plant has been awarded with the prestigious solar project of the year award by Asian Power Awards 2015. It was the first plant to be commissioned under the Jawaharlal Nehru National Solar Mission (JNNSM) Phase II initiative and developed under the VGF scheme of Solar Energy Corporation of India. 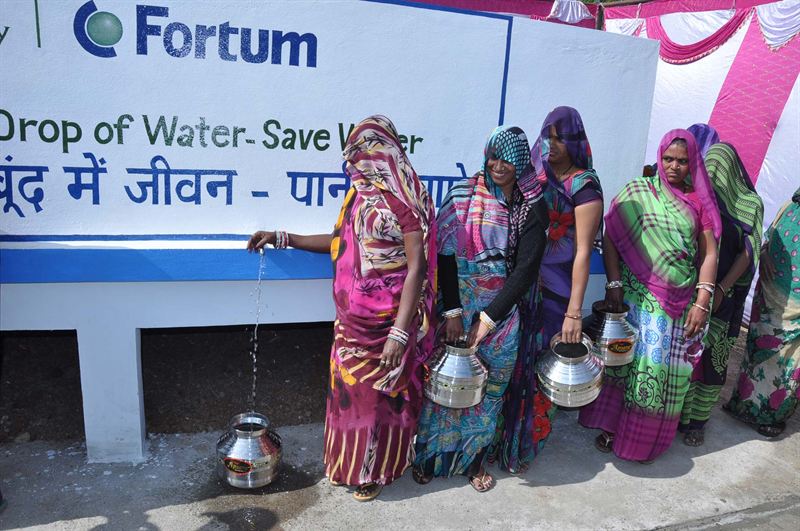