The cornerstone for the new Fortum CHP plant in Zabrze, Poland, was laid on 13 June 2016 by Ms. Lenita Toivakka, the Finnish Minister for Foreign Trade and Development, Ms. Małgorzata Mańka-Szulik, the Mayor of the City of Zabrze, Mr. Kazimierz Karolczak, the Member of the Silesian Voivodeship Board and Mr. Mikael Lemström, Vice President Production of Fortums' City Solutions division. 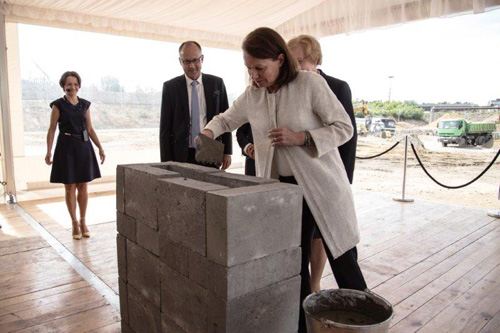 Lenita Toivakka, the Finnish Minister for Foreign Trade and Development 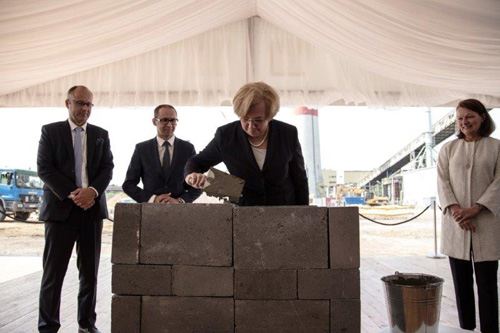 Małgorzata Mańka-Szulik, the Mayor of the City of Zabrze

Mikael Lemström stressed in his speech that the new CHP plant in Zabrze is a key element of Fortum's investment plan for Silesia region, the total value of which will exceed one billion PLN (approximately EUR 230 million) by 2022.

During the cornerstone-laying ceremony, Małgorzata Mańka-Szulik was decorated with the Order of the Lion of Finland, awarded by the President of Finland Sauli Niinistö, for her contribution to attracting Finnish investments to Zabrze.

The new CHP plant in Zabrze is planned to start commercial operations by the end of 2018, providing district heating to some 70,000 households in the cities of Zabrze and Bytom. It will primarily be fuelled by refuse derived fuel (RDF) and coal but can also use biomass and a mixture of fuels. The amount of RDF can be up to 50% of the total fuel usage. The new plant will replace the existing purely coal-fired, outdated units in Zabrze and Bytom.

The investment is expected to significantly improve the efficiency of operations and reduce CO2 and other emissions in the area giving good evidence to Fortum’s commitment to the circular economy concept development in Poland. It also fits well in Fortum's strategy as one the cornerstones of it is providing sustainable solutions to growing cities and urban areas.

Fortum has been operating in Poland since 2003. It has currently three CHP units and over 800 km of district heating network, which serve in total 360,000 households in the cities of Płock, Wrocław, Częstochowa, Zabrze and Bytom. Zabrze is part of the fast developing Katowice area in Upper Silesia region with some 2.4 million inhabitants and 21 cities.