Poland is targeting one million electric vehicles by 2025

​However, the experts emphasize, that such bold and ambitious project requires not only investments in the design process of the Polish electric vehicles, but also the development of essential infrastructure and the creation of complex network of charging stations.

In 2015 the number of electric vehicles in the world crossed the barrier of one million registered electric cars, including about 750,000 vehicles which run exclusively on batteries. According to estimates of the International Energy Agency (IEA), by 2020 there will be almost 20 million electric vehicles worldwide and 150 million by 2030. According to the IEA, the number of charging stations is increasing quickly – in 2010 there were only about  20,000 world-wide, but almost 1.5 million by 2015.

Development of e-mobility in Poland

In the coming years, the emobility revo¬lution will spread to more countries, including Poland. The Government “Responsible Development Plan” and the detailed plans for the deployment of electric transport are an ambitious attempt to become one of the pacesetters. The Ministry of Energy assumes that one million electric vehicles will be registered in Poland by 2025.

Since 2011 there have been about 700 electric cars and about 20,000 hybrids registered in Poland. And according to the Ministry of Energy, there are just over 300 publicly accessible charging stations for electric cars in Poland today.

The measures to develop emobility in Poland are divided in the three stages. The first, which runs until 2018, is the preparatory phase. During this period, the prototypes of Polish electric vehicles will be built along with a small market. At the same time preparations will be finalised to build a network of charging stations.

In the second stage – from 2019 to 2020 – the producers will start to assemble short series of electric cars and the first charging stations will also be built (shared between electric cars, LNG and CNG). There will be increased incentives for the purchase of electric vehicles.

In the third phase – to 2025 – electric cars will be mass-produced, and thanks to existing infrastructure and support systems, they will rapidly replace internal combustion engine cars. This process will be accelerated by, for example, introducing a possibility to ban internal-combustion vehicles from entering city centres.

Possibilities of e-mobility for Poland

According to the research, an effective development of e-mobility in Poland may bring tangible benefits. The experts claim, that the increased number of electric vehicles may decrease emissions of air pollutants related to transport, which is essential in the broader context of smog crisis in Polish cities. Moreover, if these ambitious plans are implemented, lower dependence from oil import,
stabilization and general development of electricity system will come into effect.

– The development of e-mobility may help Polish energy sector implement latest technological solutions. Electric vehicles will open an opportunity to balance the system more efficiently, manage the low energy demand during the night and integrate renewable energy sources. In the long-term perspective the strategy may lead to the popularization of innovative solutions, such as the energy storage, summarizes Krzysztof Bolesta, Research Director at Polityka Insight and the co-author of the report. 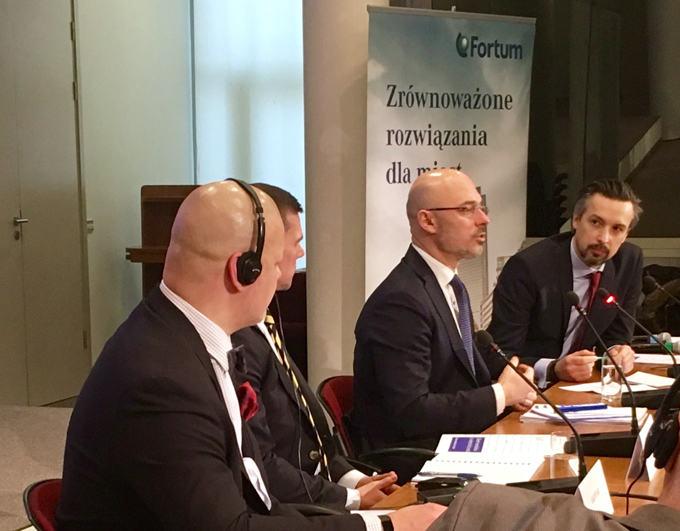 The experts emphasize, that there are several obstacles in the process of popularization of EVs in Poland. The purchase of such a car brings almost no measurable benefits to the customer. Polish law does not allow any forms of support and smart methods of market development, which are put into practice in other countries. The number of charging stations is far from satisfactory, which discourages those customers, who are considering a purchase of an e-vehicle. The authors of the report recommend, how such obstacles can be limited and what kind of actions could enhance the development of e-mobility.

– In order to use the electric vehicles effectively and reduce range anxiety, a broad infrastructure of charging stations, preferably managed by a reliable and proven IT system, has to be created. Our experience from Scandinavian markets shows, that the highest standards of customer service and charging equipment are also highly important. Drivers need not only precise information about localizations and status of charging stations, but also advice and support related to the usage of the chargers, Rami Syväri, responsible in Fortum for the international development of the Charge&Drive business, comments on the report. 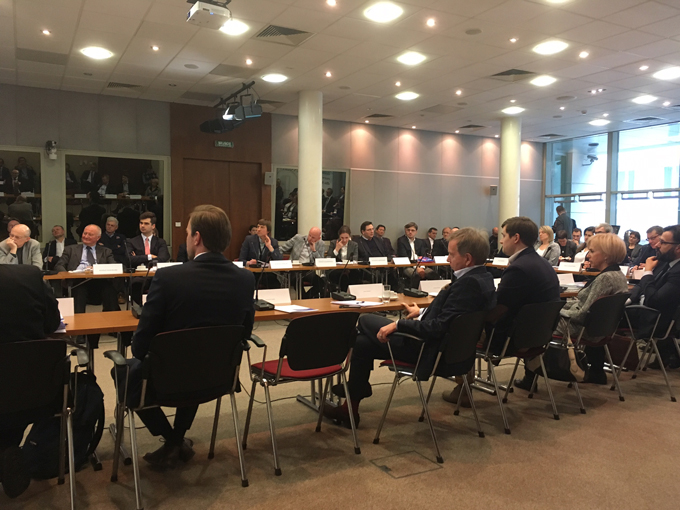 The report’s authors are entirely unanimous that new investments, changes in law and the introduction of soft incentives are the most essential challenges for the near future. In order to fulfill those goals, an immediate institutionalization of cooperation between all stakeholders is necessary. Only after we may see one million e-vehicles on Polish roads.

The report “A silent revolution in the energy sector – e-mobility in Poland” was created by Polityka Insight Research. Fortum and The Electric Vehicles Promotion Foundation are the partners of the report.

Rami Syväri and Michael Warner represented Fortum Charge & Drive when the report was published in Warsaw on 19 January 2017 and shared experiences from the leading charging operator in the Nordics.