Depending on who you ask, Silicon Valley is where you either make or break your business idea. To me, it offered a unique opportunity to learn about the world’s largest startup scene and bring some of the most recent know-how from the US back to Finland.

My six months in this busy and money-filled hub were insightful, interesting and inspiring to say the least. With many great experiences still fresh in my memory, I’m eager to share them and tell about the opportunities I got through the Valo Ventures rotation program.

Before I start, let me briefly introduce Valo Ventures. Valo is a private venture capital firm based in Palo Alto, California, that invests in early-stage startups mostly linked to technology. Its mission is “For a Brighter Future” and its investments are focused around five megatrends: Climate Change, Circular Economy, Urbanization, Autonomy & Mobility as well as Empowered Consumers. As you can see, the alignment to how Fortum sees the world is very strong.

Leveraging new digital solutions and innovations is becoming more and more important in all fields of business, and Fortum wanted to be part of that story. This is where Fortum and Valo Ventures joined forces in December 2018, with Fortum becoming the anchor limited partner, or largest investor, in Valo. The Valo team consists of highly experienced professionals who personally know some of the most successful venture capitalists, corporate executives and entrepreneurs in the world. If you want to learn more about Valo and its objectives, please visit their website at valoventures.org.

Getting involved in the Rotation Program

In June 2018, some time before the rotation program between Fortum and Valo Ventures was officially announced, I was asked to be one of the two first rotation associates to help kick off the collaboration. Thankful for the opportunity, I immediately expressed my excitement about it. Although the ultimate decision to leave Finland was not an equally easy one, I’m glad I said yes. The months spent in Silicon Valley proved to be absolutely worth it.

Two months before actually joining the Valo team, we started drafting an agenda for the rotation and discussing on how to organize our work together. My time in the US was to be split supporting three different initiatives, namely helping Valo in screening potential investment opportunities and working on due diligence, conducting research on selected megatrends and bringing this strategic insight back to Fortum, and initiating pilot projects by establishing connections between the most promising startups and Fortum’s business unit representatives. Ideally, if everything really plays out well, these pilots would later scale into something bigger.

Even the craziest ideas can become reality

San Francisco Bay Area is home to more than 6,000 startups and almost 300 venture funds. It is typically considered as the largest technology hub of the world: roughly 50% of the US venture capital funding takes place there. What often gets lost in this broad characterisation, however, are the components that make that area such a special place.

What really struck me was how important networks and introductions are in the world of venture capital. The best deals are totally dependent on who knows whom, making high-quality contacts absolutely crucial. Cold calls hardly ever lead to great success. Also, all the start-ups, no matter their industries, are clustered together in the same area and have access to well-regarded incubators and accelerators. This comes in handy if you need help with tech, storytelling, legal matters or finance, for example.

Another interesting discovery was how the Silicon Valley entrepreneurs are continuously thinking about how things can be made better – not just incrementally but in a more holistic manner. Even the craziest ideas can become reality as the supportive atmosphere really encourages startups to reach for the stars. People are also genuinely willing to help and are often even doing that little extra on top of what’s expected. This kind of diligence is certainly one of the large contributing factors to the success of people and startups there.

Along with all the nice moments I spent in the Bay Area and travelling elsewhere in the US, the past six months were also full of work. Since Valo Ventures was launched last December, a lot has happened. Due to its partners’ close connections to Stanford University, Valo has been able to recruit many bright MBA students to internships and shorter projects. The rotation program has been gaining traction and the next few rotation associates have been selected. The fund has also been present in a number of conferences and events, and peers across the industry are starting to get aware of Valo.

Aside from conducting research and meeting with startups and investors, my work in California largely focused on the collaboration between Fortum and Valo Ventures’ portfolio and deal-flow companies –both screening for interesting startups and enabling discussions between the startups and my colleagues at Fortum. In September, I also had a chance to attend the Venture Capital Executive Program at Berkeley Haas School of Business. The carefully prepared lectures, case studies and panel discussions gave me even more insights and comparison points to everything I had seen from a broader scale. Many lifelong connections were established.

Reflections and takeaways – Finland can learn a lot

From a cultural perspective, Finland can learn a lot from Silicon Valley, despite the scale of the startup scene here being a lot smaller. In California, the mindset is that you’re always there to help others, be it within office hours or not. Sometimes that kind of an unselfish attitude can be the breaking point to make the pitch, contract or product just that little bit better than the competitors. It’s all about having the hunger to achieve and the willingness to use your skills to make your team and the other people shine. Success is a joint effort. The world is also full of ingenious innovations, so only by actively searching for solutions outside can we avoid reinventing the wheel again and again. Naturally, nothing will change overnight, but I believe that in the long run, corporate culture can benefit from the introduction of the startup way of thinking.

My overall experience from the rotation was very positive. The entrepreneurs and venture capitalists in the Bay Area are generally extremely smart, dedicated and hard-working, which often makes them great people to work with. If opportunities emerge, I strongly encourage everyone to leave for an exchange like this – chances are that it will inspire, enlighten and encourage you and people around you to start doing things differently. For a brighter future. 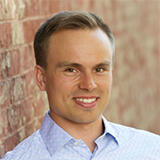