We support the objectives of the Waste Shipment Regulation (WSR) to a great extent. Nonetheless, the draft proposal still has overall objectives and new wordings that need to be addressed and explained in more detail.

As part of Fortum Corporation, the Fortum Recycling & Waste business area leads the change towards a low-emission energy system and the optimal use of resources. Our goal is to support our customers’ businesses by conserving natural resources and promoting a circular economy. We work together with our customers to build smart and sustainable solutions to ensure the circulation of valuable materials and the removal of harmful substances from the material cycle.

In June 2020 Fortum submitted a policy paper on the EU’s Public Consultation on the Waste Shipment Regulation (WSR) revision in which Fortum shared its extended view on the policy. In summary, Fortum supported the objectives but also suggested an extended scope and additional topics to be addressed within each objective. Fortum is pleased to see that several of the company’s policy objectives have been addressed in the draft proposal for a revised WSR. Nonetheless, the draft proposal still has overall objectives that need to be addressed and explained once more as well as new wordings that need to be addressed in more detail.

BAT also for the treatment of exported waste

The draft proposal establishes requirements for the treatment of waste exported from the EU. To avoid exports to countries with less stringent environmental standards, Fortum suggests that requirements equal to BAT, as set forth in EU legislation, shall apply also to treatment facilities outside the EU, when such requirements are a prerequisite for treatment within the union.

To prevent harmful substances from remaining in recycled material, these have to be continuously separated from the recycling loop. This is common knowledge in the process industry, where an effluent flow is a must in order to keep the material flow in the process free from contaminants. Separated harmful substances must be destroyed, which is usually done by using waste disposal operations. The purpose of so-called decontamination is to enable clean material loops by separating and disposing of waste with harmful substances. The concept of decontamination in this context is well known by the waste treatment sector and also recognised, among others, in the preparatory work for the EU strategy for Zero Pollution. The decontamination is not just a pre-condition for the recovery itself, but also for the transition to a circular economy. Fortum therefore suggests that the limitations for transboundary shipments for disposal within the EU should not include shipments with the purpose of decontamination. Accordingly, we suggest that shipments for decontamination be added to Article 11.1 (a) and that the definition of decontamination be added to Article 3 in the proposal.

Fortum addressed this topic in the public consultation in June 2020. Annex II (1) of the proposal stated that: “In case the notifier has previously obtained consent(s) for the shipment of the same types of waste to the same facility, the serial number or other accepted identifier of notification document of these previously consented shipments may also be indicated.” It is not stated how this should influence the notification procedure. Fortum supports the idea that the procedure for a repeated consent under the same conditions as the previous is facilitated. If this is also the Commission’s intention, it should be expressed more concretely to support the competent authorities in the decision process.

Different routes and means of transport in consents for general notifications

Fortum advocates two different routes in the same general notification as an option, including different means of transport. This would, for example, enable the notifier to include both sea and road transport in the same notification and to decide on either option depending on the conditions on the day of the actual start of a single transport. Ice can obstruct the seaway during a cold winter, although sea transport would be the preferred way of transport during all other seasons.

Article 13 (1c) in the draft proposal calls for the routing for all transports in a general notification to be the same. However, the wording in Annex II to the proposal opens up the possibility for alternative routing: Annex II (14): “Intended routing (point of exit from and entry into each country concerned, including customs offices of entry into and/or exit from and/or export from the Union) and intended route (route between points of exit and entry), including possible alternatives, also in case of unforeseen circumstances.” Fortum wishes that possible alternatives for routing, as expressed in Annex II (14), be included also in Article 13 of the Regulation.

Information and consents in a language acceptable also to the notifier

Article 27 (1) requires that: “Any notification, information, documentation or other communication submitted pursuant to the provisions of this Title shall be provided in a language acceptable to the competent authorities concerned.” This requirement should be made mutual, i.e., provided in a language acceptable also to the notifier, or as alternative at least in an English-language version. This is already the practise for several authorities, but not all. Fortum supports the introduction of new time limits for the notification process as stated in Article 8 and Article 9 of the draft proposal. But it is of most importance that neither authorities nor notifiers are delayed in their commitments due to language difficulties. In terms of the consent, including the Movement document, following each transport, at minimum an English-language version must be provided to make it understandable also for the carrier staff. Not providing this can cause misunderstandings and unnecessary risks in connection with waste transports, since extended language skills is neither a normal nor reasonable request for carrier personnel.

Second signature on the Notification document only where practical

One day is not enough for acceptance of a waste delivery 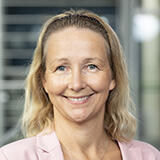