To support the demand for renewable and low-carbon gases in hard-to-abate sectors, the EU needs to take decisive steps in designing fit-for-purpose EU legislation to support the swift deployment of a hydrogen economy in line with the European Commission’s ambitions. In our view, the following four areas of action are crucial to make this transition happen: 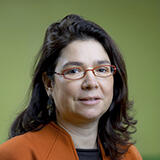