The Russian invasion of Ukraine has initiated discussions on the overall EU’s energy strategy, demonstrating the urgency to both accelerate decarbonisation efforts, especially through the deployment of renewables such as renewable and low-carbon gases, and to diversify gas imports to reduce dependencies and ensure the European industry’s and citizens’ security of supply.

In the transition phase, natural gas will keep playing an important bridging role, as it is deeply established in many Member States. Natural gas reduces emissions significantly by replacing oil, hard coal and lignite and providing flexibility to a system with an increasing share of fluctuating renewables. At the same time, all efforts should be made to deploy renewable and low-carbon gases such as hydrogen or biogas / biomethane on a large scale and facilitate the roll-out of technologies such as carbon capture, utilisation and storage (CCUS). 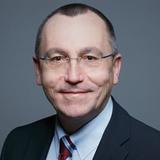