How to improve nuclear industry competitiveness in western countries

Nuclear power is mitigating climate change and raising the global standard of living in a sustainable way. However, recent new build nuclear power plant projects in western countries have shown time schedule slips and budget overruns. Improving the competitiveness of the nuclear industry is essential, as nuclear power should be an integral part of future low-carbon energy portfolios to meet decarbonisation objectives.

I was honoured to support this high-level target of improving the competitiveness of nuclear by acting as the representative of Finland in the Expert Group on Reducing the Costs of Nuclear Power Generation (REDCOST). The nuclear community is truly global, with lots of cooperation among governments, regulators, and utilities. As a representative of Finland, I did not represent Fortum; I used my knowledge for the development of the whole industry. The two-year initiative was established by the Nuclear Energy Agency (NEA), an intergovernmental agency operating within the framework of the OECD.

Between 2018-2020, the REDCOST group produced a report on reducing the costs of nuclear construction – a practical guide for industry stakeholders. There is certainly a call for improvement. In western countries, investors typically perceive new build nuclear as high-risk projects. This deters the ability to attract financing for future nuclear projects. Schedule and budget control have been much better in China and South Korea, for example, where fleets of new power plants have been built during recent years.

There are multiple lessons learned regarding design and construction of new nuclear power plants. The report shows that costs and project schedule overruns are not an inherent characteristic of nuclear technology, but more of a reflection of weak supply chains and a lack of recent nuclear construction experience.

It is important to note that the recent construction cost increases in western OECD countries are largely due to indirect costs. Cost escalations result mainly from design, planning, support service and installation expenses rather than from components and materials.

Since a significant part of indirect costs are nonrecurring, such as design and licensing, there is a high potential to reduce the cost by replicating previous projects. Delays and cost overruns are often encountered in first-of-a-kind nuclear projects where uncertain political contexts and a lack of design maturity are present. Serial production would help to improve competitiveness through standardisation. Great potential lies in increasing the performance of Generation-III reactor projects after the first-of-a-kind phase.

In the long-term, small modular reactors (SMRs) will become an innovative option supporting optimisation of technology and harmonisation of licensing regimes. Finally, our international group came to the conclusion that cost reduction requires the long-term commitment of governments and an appropriate governance framework.

The full report can be downloaded from the NEA web site. I would like to emphasise that the lessons learned are there, but in the end it is in the responsibility of all of us to make sure that we are learning and doing the right things to ensure the future of nuclear power to mitigate climate change. 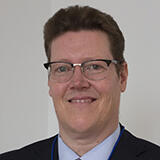