Like the other Nordic countries, Finland and Sweden are pursuing climate leadership and trying to achieve carbon neutrality in the coming decades, but the countries have different means to achieve their goal. Sweden is closing its oldest nuclear reactors: Oskarshamn reactors 1 and 2 and Ringhals 2 have already been closed, and Ringhals 1 will be closed later this year ahead of schedule, according to the independent decision taken by the companies a few years ago*. In Finland, new reactors are being built in Olkiluoto and on the Hanhikivi peninsula, and the government is preparing an overall reform of the Nuclear Energy Act. The aim is to standardise safety requirements and improve the operating conditions of small modular reactors to generate heat and energy for cities and towns.

In Sweden, public opinion on nuclear energy has varied over time. As a result of the 1980 referendum, it was decided that nuclear power would be phased out gradually. The first of the Barsebäck reactors was shut down in 1999 and the second in 2005. The reactors were built around the same time as the Loviisa reactors. This has had an impact on the nuclear energy sector. The utilisation rate of the Swedish reactors has long been lower than in Finland, where the efficiency of reactors is world-class.

However, Swedish attitudes towards nuclear energy are slightly more positive than before: four out of the eight parliament parties are in favour of nuclear energy. In Finland, there has always been strong acceptance for nuclear power, which has been viewed as a natural energy source for our energy-intensive industry.

Nordic well-being is based heavily on energy-intensive industry. Around half of the electricity used in the Nordic countries is consumed by industry, while in Central Europe industry consumes only around one third of all electricity. The Nordic countries have used different resources of the energy system efficiently, thanks to the common electricity market and the interconnected power grid. The Nordic electricity market is already very close to being carbon neutral, as there are only a handful of fossil fuel thermal plants left, and electricity is mostly produced with hydropower, nuclear power, wind power and bioenergy – in this order.

The Nordic countries have ambitious climate and carbon neutrality targets. Finland has set the bar highest by aiming to achieve carbon neutrality by 2035. The target for Denmark is 2040, for Sweden 2045 and for Norway 2050. Reaching these targets requires fast reorganisation of the industrial base, construction and agriculture, and fast electrification of industrial processes. According to Fortum’s calculations, the demand for electricity in the Nordic countries will increase from the current level of 390 TWh to around 600 TWh to reach climate neutrality and all electricity to be produced in a carbon-neutral manner.

Goals are reached through cooperation, investments and reforms

A successful energy transition requires work on many fronts. Electricity production must be increased by constructing new wind turbines and nuclear power plants. We need an even stronger Nordic power grid, and we must cooperate more closely in the Nordic countries to coordinate different projects related to energy and climate policy. We must also renew the electricity market to give incentives for demand response of electricity users. In the future, the consumer side must be more flexible in relation to the production side than today.

We are constructing new wind power turbines both onshore and offshore, but they will not be enough to cover all energy demand. Wind power has also run into its first challenges as regards public support: in Norway, strong limitations to wind power construction have been addressed in political discussions. The limited capacity of the main grid is already starting to hinder the construction of new wind power turbines in Norway and Northern Sweden. Moreover, we cannot rely on wind power alone, as the turbines only produce electricity during windy periods, about one-third of the time. The system must provide baseload electricity in the future as well.

Nuclear power plays an important role in the energy transition

We must make the most of every possible resource in the fight against climate change and in the transition to cleaner energy. This includes nuclear power. The existing Nordic nuclear power plants should produce energy until the end of their service life, and the existing reactors should be maintained as long as is technically and economically viable. Nuclear power plants are resources that have been invested in, and the final disposal of nuclear waste has been organised.

If we take the energy transition seriously, we will need an abundance of new wind power in addition to the Olkiluoto and Hanhikivi reactors in the future. Thanks to the great combination of wind power, nuclear power and hydropower, the Nordic countries will be the first area in the world to achieve a carbon-neutral energy system in the 2040s. 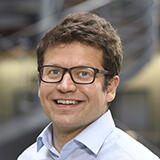