Fortum and its partners are making open-minded energy solutions to combat climate change in Espoo. Our goal is carbon neutrality for the city by the year 2030.

Espoo is Finland’s second-largest city with 270,000 inhabitants. It is a well-known city internationally for being a centre of know-how, research and development. Fortum and the City of Espoo have agreed to work together and develop energy solutions for implementation in Espoo. This cooperation aims to produce solutions that will decrease the carbon emissions of Espoo’s energy by a significant margin by the year 2030. It is a part of a wider environmental programme at Espoo, which aims to take action in promoting the creation of new technology, encouraging its inhabitants to make environmentally aware choices, reducing the city’s own greenhouse emissions and to bolster its vitality.

Change becomes possible when good ideas turn into actions. In Espoo, sustainable thinking can already be seen in new projects that aim to improve energy efficiency.

Fortum has improved Espoo’s district heating system to increase the share of renewables and waste heat in district heating generation to almost 30 %. Two years ago, the same figure was less than one percent. Progress is demonstrably quick and will continue as such.

Heat from the earth and wood pellets

Biofuels are another core step towards Espoo’s goal of carbon neutrality. The Kivenlahti heating plant has moved from using heavy fuel oil to using wood pellets. This investment also reduces the use of natural gas at other heating plants. Vermo’s heating plant is replacing fuel oil with bio-oil, which generates as much as 90 % less greenhouse emissions than fossil fuels.

Developing the use of geothermal heat with St1 is a new opportunity that can potentially generate up to 30 % of Espoo’s district heat requirement. The Otaniemi pilot facility could generate a third of that requirement if the project succeeds.

Fortum has provided smart traffic solutions to promote the use of electric cars. The whole traffic cluster was built, from the beginning, for fossil fuels. Fossil fuels have a 90 % market share of all traffic, making traffic have the greatest opportunities for reducing emissions.

Electric cars are currently the most promising opportunity in these emission reduction efforts. For this change to be possible, Fortum has been working with the City of Espoo for years. We have, for example, built several electric car charging stations in central locations in the city.

We are proud of the solutions in Espoo so far. That does not mean we have reached the goal – our work towards a carbon-neutral city in 2030 continues with the City of Espoo and other partners.

The Fortum-Espoo collaboration is also being made use of in the Helsinki region’s Smart & Clean project, which aims to turn the region into an internationally significant reference area for ecological and smart solutions. The Smart & Clean project covers over 1.2 million inhabitants. This development is a global opportunity to build cities that generate and use energy in a smart manner. Changes like these are necessary if the goals of the Paris Agreement on curbing climate warming are to be reached. 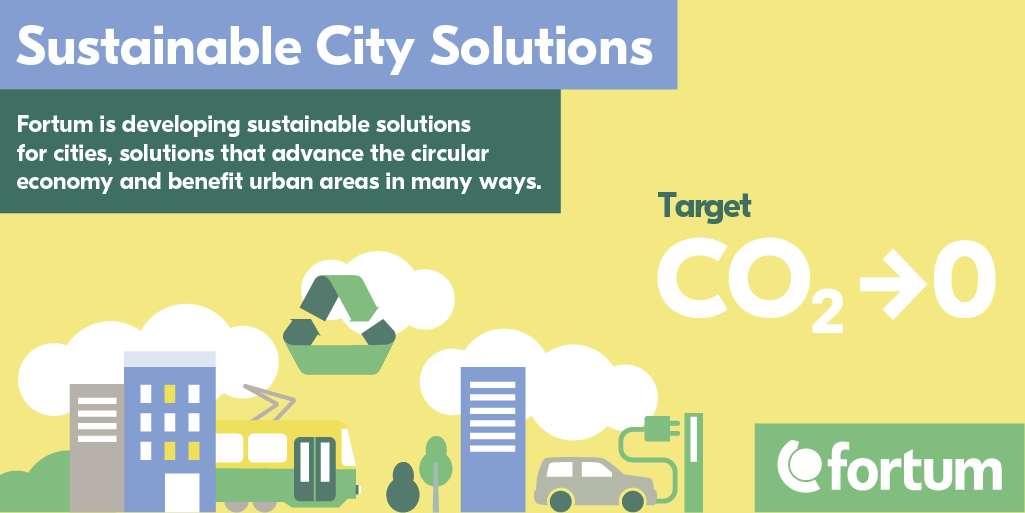