Why are power prices now much higher than last year, and does it matter?

In July 2020, the most commonly used reference for electricity prices in the Nordic, the Nord Pool spot price, hit an all-time low. This was mainly due to Covid-19, the shutdown of economies, and the heavy rainfall in the Nordics. Now, less than 12 months later, the spot price is almost 50 times higher. The spot price for each hour of a day is set in a daily auction where buyers and sellers of electricity are bidding for the next day.

I have been involved in the power markets for two decades. There have always been ups and downs, but the current strong price recovery has been quite exceptional. You have to go back to the beginning of the century to find a somewhat similar situation.

To me, this indicates that the market is working – when the market fundamentals change, like demand for electricity or the prices of fuel, we see corresponding changes in the power prices also here in the Nordics.

The Covid-19 pandemic and related lockdowns in the major European economies during the second and third quarters of 2020 resulted in a clear drop in power demand in Europe, although, the impact on Nordic power demand was rather limited. As a consequence of the worldwide lockdown of economies also decreased demand for energy-related commodities; oil, gas, coal, and the European emissions allowances (CO2 price).

As the pandemic has eased, the economic recovery has been strong and a bit faster than expected, especially in China. The very strong Chinese power demand growth is clearly back on track. Due to this, the Chinese power supply is having a hard time meeting demand.

As a result, the Chinese power sector is using a lot of the Liquefied Natural Gas (LNG) from the global LNG market. In addition, LNG demand has also been very high in other parts of the world; in India, South Korea, and Brazil. At the same time, Europe’s cold spring left the gas storages empty and low winds in the autumn have created an increased demand for conventional power generation on the European continent.

All this, combined with a lower-than-normal supply of LNG, dwindling domestic production and insufficient import of pipeline gas to Western Europe, means that gas storage levels in Europe have remained low. Therefore, European gas prices have skyrocketed to all-time-high levels. This has resulted in very elevated Continental European power prices because gas-fired power generation sets the price level in those power markets. Moreover, CO2 allowance prices have gone up because of EU’s tightened climate goals and the decreasing number of CO2 allowances in the allowances auctions, which puts upward pressure on Continental European power prices.

In the Nordics, the dry summer and new interconnectors also playing their part

Other key reasons for the very high Nordic spot prices are this year’s dry weather in the Nordics (precipitation is only 80-85% compared to normal levels) and less wind than is typical. As there hasn’t been that much rain and wind – this has resulted in both lower wind and hydropower generation – which also has contributed to the increased price of electricity.

Even though the power prices at the moment are higher than what we in the Nordics are accustomed to and based on the current forward prices of electricity, the market expects prices to remain high during the winter period, however, the market also expects the power prices to soften next year, as European gas prices and the Nordic hydro reservoir situation are expected to normalise.

Further, the Nordic wind power boom will continue for a while, and the new Finnish nuclear power unit (Olkiluoto 3) will be commissioned next year, which puts downward pressure on Nordic power forward prices.

I guess that the most interesting question for many of us is, that what does this mean for my own or my company’s energy bill?

Both electricity consumers and producers can secure their electricity prices, which reduces the impact of the price variation and provides more predictability of the cost. For consumers, this typically means using a fixed price electricity agreement for a longer period, say 1-2 years.

Large electricity consumers and producers can use various financial instruments to lock future power prices to a certain level – this activity is called hedging. In practice, this means that both buyer and seller know the price of the sold or procured electricity beforehand, and the impact of fluctuating wholesale prices is limited.

At the moment, the market has set the forward price for the next year at 48 €/MWh which means that the market expects the situation with the current price levels to be temporary. 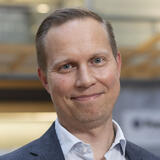