Nuclear power has a crucial role in achieving climate targets, and small modular reactors currently under development could offer new heat production opportunities. As such, this invention is not new, as nuclear power has been used to produce district heat before.

The use of small modular reactors (SMRs) for district heating (DH) has been a subject in the public discussion for a while now and for a good reason. As decisionmakers and the public started to realise the urgent need for carbon-neutral heating options, many SMR technologies were also starting to mature into something more concrete. From a technology and legislation perspective, the first SMRs could be brought into use in Finland in about 10 to 15 years.

When I started my study of SMR DH in the autumn of 2017, the original research question was "What is the cheapest way to produce heat sustainably?". As any kind of combustion seemed to be more and more problematic, the question quickly changed to "What options for sustainable heat production are there left?". Nuclear power is one alternative.

Nuclear DH is by no means a new idea. In Finland and Sweden, a reactor model for district heating was designed back in the late 1970s.  Currently, several plants around the world produce heat for their neighbouring areas.

1. The size. Larger nuclear power plants are currently being built to produce upwards of 3-4 GW of heat. On the other hand, even the largest heating networks in Finland could most likely only fit around 200-400 MW of heat supply from a single plant. SMRs could easily fit into this size range and possibly into smaller grids, as the designs that could potentially be used for district heating vary from CHP plants producing up to around 500 MW of heat to pure heating plants that fit into the 200-400 MW range. A simple pool-type heating reactor in the 50 MW or lower range could also be a viable option.

2. Cost and resource efficiency. Fast deployment through modularisation coupled with serialised production, should create economic advantages. Preliminary studies regarding heating are very promising on this front.

3. New siting opportunities. The smaller size would also allow for new approaches to safety that would hopefully open up the discussion on siting limits. These plants could potentially be built closer to cities and their heating networks while complying with the existing high safety standards.

Preliminary studies by VTT Technical Research Centre of Finland Ltd and by us at Fortum have been promising for SMR DH. This has been the case even with some of the studies that were based on SMR types not necessarily best suited for heat production. The NuScale SMR, which I personally studied, showed that even though the design is far from optimal for use as a heat-only boiler (HOB), it could still be considered a competitive option if the investment costs can be managed.

These more traditional designs aimed at power production could potentially still make sense as combined heat and power (CHP) plants, especially if paired with heat storage that could open up the doors for added flexibility in an electricity system with higher amounts of intermittent energy sources.

Currently, China is the country furthest along when it comes to designing simple reactors aimed purely at district heating.  We welcome the recent initiatives on developing SMRs for heat production from the Finnish actors VTT and Lappeenranta University of Technology. If decarbonising the smaller heating networks used in Finland is taken seriously, there should be room for these smaller-scale nuclear HOBs.

Of course, SMR DH is not exclusively a Finnish interest, as decarbonising heating is a global challenge. But Finland could be a forerunner for multiple countries in, for example, Eastern Europe, as they look for alternatives to fossil fuel-based heating systems. Surprisingly, it has been noted in the UK as well that CHP could be a sensible option for SMRs.

Nevertheless, for Finland to be a forerunner in SMRs, a lot of work needs to be done. The currently starting nuclear legislation work must take SMRs into account and must ensure that the licensing and newbuild processes do not become too long or too expensive. The legislative work also cannot take too many years if we want the plants to help decarbonise the Helsinki Metropolitan area in the early 2030s, for example. SMR DH is also attracting newcomers to the industry, newcomers who will need support to ensure responsible nuclear operations in the future.

We at Fortum believe that nuclear has a crucial role in achieving climate goals. SMRs can be key enablers in the decarbonisation of heat production. 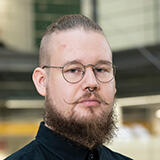