Emission-free energy production has a crucial role in the fight against climate change. Alongside renewable but weather-dependent energy production, we also need nuclear power, which could be increasingly produced by small modular reactors in the future. Reactors with lower power level would offer new energy production and cooperation opportunities for the needs of industry and countries where nuclear power has not been part of the energy mix. In Estonia and Poland, for example, the development of SMRs has mainly been advanced by companies.

In Finland, SMRs could form a part of power and district heat production in 10 to 15 years. However, this would require the development of global and national legislation to enable cost-effective serial production of SMRs.

SMRs should be manufactured serially

Building a nuclear power plant is typically a unique project, and predicting the budget and schedule has proved challenging, especially in Western countries. SMRs could be manufactured in series in factories, which would increase predictability in project and cost management. Faster projects would also mean faster deployment of reactors. This approach has worked well in wind power construction, as wind power plants are widely produced in series.

An additional advantage of serial SMR production is the information gained on the use of nuclear reactors, which helps in evaluating their behaviour, ageing and safety.

It is essential that authorities in different countries strive to cooperate and harmonise legislation to enable serial production. The licensing process would be smoother if a jointly approved solution was found on EU level, enabling authorities in different countries to make the most of other authorities’ work so that each country would not need to start the plant licensing process from scratch. Cooperation could also extend to monitoring and approval of factories, and the licensing would be carried out in cooperation with the authorities of the country of location. The type of certificate used in the aviation industry is a good example of a procedure ensuring the safety of aeroplanes without heavy, expensive national processes.

The Finnish government is preparing an overall reform of the Nuclear Energy Act. Future legislation will hopefully address the factors that would enable cost-effective deployment of SMRs. This requires new ways of thinking on many issues in many stages of the project: for example, the plant type and plant site should be licensed separately, so that the plant type could receive a type certificate, and the plant site licensing would be an entirely separate process.

The time is now right to renew legislation on nuclear energy and consider SMRs as part, but not the only part, of the future of nuclear energy and emission-free energy production. Around the world, the development of SMRs is progressing well, and the first reactors are already in use in Russia. Even if we will have to wait for about 10 to 15 years for the first small modular reactors to be deployed in Finland, it is important to already start thinking about the requirements of their deployment. Actions slowing down climate change are needed now as well as in the future. 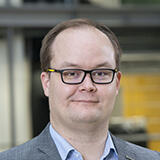