The energy transition is also revolutionising the heating of European homes

Heating is one of the most important uses of energy in Europe and, at the same time, its consumption fluctuates strongly depending on outdoor temperatures. In the Nordics, the fluctuation can be balanced with hydropower and district heating networks, whereas in Germany, for example, the heating load leans on natural gas. How can heating emissions be reduced?

Heating is one of the most important energy uses. Of all the energy used in Europe, more than a third is used to heat buildings and the water used in them – this is more than is used in transportation or industry. Compared to both of these, however, heating is on average an energy-efficient application because there really isn’t any waste heat produced (virtually all of the heat is used), whereas in combustion engines in cars, for instance, only a third of the energy in the vehicle’s tank is converted into a useful form, i.e. kinetic energy.

About 40 per cent of the heating in Europe comes from building-specific boilers that burn natural gas to heat water, which is then piped into radiators in buildings. The second most important heating method is electricity, which accounts for 30 per cent. Oil heat and biofuels each account for about 10 per cent, and the remaining tenth comes from district heating and other technologies. There are huge differences between countries: in the Nordics, for example, electric heating and district heating cover the majority of the demand, whereas natural gas is the primary means of heating in Central Europe.

In Finland, heating comes from electricity and district heating; in Germany, heating is largely reliant on natural gas

From the energy system perspective, heating is volatile, i.e. there is a wide fluctuation in demand. The fluctuation in consumption is naturally impacted by the outdoor temperature. Responding to the fluctuation requires flexibility; in the Nordics, this flexibility is achieved mainly with hydropower and district heating networks, which are inherently energy storages.

In Germany, about half of the buildings are heated with natural gas. A one-degree drop in the outdoor temperature increases the daily natural gas consumption of buildings by about 65 GWh, which is equivalent to the daily production of three Loviisa nuclear power plants or 1,400 wind power turbines. During the coronavirus pandemic, the correlation between natural gas consumption and the temperature has further strengthened – to 72 GWh – likely because homes are being heated more also during workdays (due to the prevalence of remote working) and, correspondingly, other buildings are not heated any less.

Somewhat like district heating, a natural gas system is itself a huge energy storage. Moreover, Europe also has plenty of natural gas storage capacity, as much as one-fifth of the annual consumption.

Meanwhile, electricity has been – and, in many countries, still is – clearly, a more expensive method of heating compared to natural gas; on average, household electricity prices in the EU are three times higher than natural gas. One reason is the difference in wholesale prices, but the difference is amplified by the fact that a lot of taxes and levies are added to consumer prices.

Heating causes about one-sixth of EU emissions. The EU is aiming for climate neutrality by 2050, i.e. a balance between carbon sinks and greenhouse gas emissions. Because of the limited potential of artificial carbon sinks, in practical terms, the target means that the entire energy sector, including heating, must find a path to zero emissions or close to it.

The trend in heating emissions has not been favourable. Over the past five years, emissions from heating haven’t really decreased, while emissions from electricity and district heating production have decreased 6 per cent annually and have almost been cut in half from 1990. Going forward, it is clear that there must be an accelerated reduction of emissions in heating as well.

Where district heating and electricity production are within the sphere of EU emissions trading and under its decreasing emissions cap, the responsibility for emissions reductions in heating is with the member states. The policy is fragmented. Some countries are investing in district heating, some are exploring the conversion of the natural gas network to carry hydrogen, the popularity of heat pumps is growing, and, especially at the EU level, renovations to improve energy efficiency are receiving support.

Germany, in particular, has started to emphasise the need for carbon dioxide pricing also in heating, and, in fact, the country has launched a national emissions trading scheme for this. According to one research institute, a 110-euro price per carbon tonne would be needed for the country’s heating sector in order to make heat pumps an attractive alternative to natural gas. National emissions trading starts at 25 euros per tonne.

Increasing the number of heat pumps, however, requires much more flexibility from the electricity system. That, in turn, requires, among other things, accelerated construction of electricity networks – otherwise, the bottleneck problems will be worse than they are today. Renovations to improve energy efficiency lessens the fluctuation, but studies show that they are not effective as a means to reduce emissions. In fact, the most important would be to expand emission trading’s binding emissions cap to cover also heating and to aim for sector coupling. This way, the flexibilities concealed in the various parts of the energy system and the emissions reduction potential can be leveraged and homes kept warm also in a climate-neutral Europe.

40% of Europe's heating is fuelled by natural gas

30% of Europe's heating is from electricity 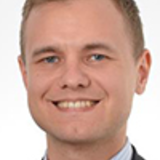