The hydrogen economy is at a nascent stage, and the regulatory environment will be crucial in defining how rapidly hydrogen can contribute to the decarbonisation of the economy, especially hard to abate sectors. All forms of CO2-free electricity are needed for hydrogen production, and regional differences need to be acknowledged in the hydrogen requirements.

Hydrogen is enjoying rapidly growing attention. Especially the sort that uses a process called electrolysis, splitting water into oxygen and hydrogen with the help of electric current. One of the current discussions in Europe involves additionality and the related criteria for sustainable hydrogen production. The EU Renewable Energy Directive (RED II)1 indeed proposes to limit the definition of Renewable Fuels of Non-Biological Origin (RFNBOs), i.e. hydrogen produced from electrolysers powered by renewable electricity, to hydrogen using “additional” renewable electricity only.

The RED II recognises in article 27 that the electricity grid can provide renewable electricity to electrolysers and as such, the Commission will introduce a framework to make sure that hydrogen produced using grid electricity can be considered as RFNBO. The hydrogen would be considered 100% RFNBO when the following four criteria are fulfilled (recital 90 of the RED II):

In addition to these requirements, the RED II includes a requirement that the use of RFNBOs should result in at least 70% reduction in greenhouse gas emissions. To add to the complexity, the negotiations on the Fit for 55 package, including the review of the RED II (RED III), are ongoing.

There are different ways to ensure additionality, such as requiring a physical link (a direct link between electricity and the electrolyser), a commercial link (a physical power purchase agreement) or a system wide/marginal technology approach, in which electrolysers can be used when the price setting resource is renewable.4

Hydrogen production should be as clean and affordable as possible

Where does applying the additionality principle make sense?

The concern for the carbon intensity of the power used in hydrogen production is understandable – when fossil fuels are to a large extent used to generate electricity.

In the Nordic countries where the electricity is already almost fully decarbonised, the additionality principle does not seem to make sense.7 Why force hydrogen projects to wait for the time until enough “additional” renewable capacity is built,8 Particularly in the early days of development, as the electrolysers are expensive and their cost represents a large share in the overall cost of hydrogen production?

Furthermore, the strict temporal correlation hourly or even 15 minutes would mean that the electrolyser can only operate when the renewable installation is generating electricity. This leads to the requirement to significantly overbuild the renewable capacity so that the electrolyser can operate at full capacity. Hourly matching requirement means that continuous production cannot occur, which is a big issue for many industrial users that require continuous hydrogen supply. This could only be applied by installing either electricity or hydrogen storage to matching supply continuous which, despite being positive, raises overall costs and slows down the expansion of hydrogen.9 The renewable attributes of the electricity production can be tracked with existing guarantees of origin system and matched to the electrolysers electricity use e.g. annually/monthly or even hourly as a way to prove renewable attributes are not being consumed elsewhere at the same time.

As the electricity sector falls under the EU Emissions Trading System (ETS), the growing demand for hydrogen will be reflected in the increased demand for electricity – and if electricity is produced with fossil fuels, increased demand for emission allowances, which increases the electricity price. It is therefore very unlikely that using fossil fuels to produce electrolytic hydrogen in large scale would ever be commercially viable.10 Moreover, thanks to the ETS system and its fixed limit for emission allowances, it is doubtful electrolytic hydrogen could ever lead to higher emissions from the ETS sector, in which power generation is included.

Europe is currently using 10 million tonnes of hydrogen annually, exclusively for industrial purposes, mostly in chemicals such as methanol and ammonia, and in the refinery sector. In the future, the demand could be up to 50 million tonnes of hydrogen in the most bullish scenarios, which would require around 2,700 TWh of electricity – on top of the EU’s current power demand of approximately 3,000 TWh annually.

EU’s wind and solar production was around 500 TWh in 202011, with 51 TWh of wind and solar generation was added to the energy system in 2020. Covering the current hydrogen demand of 10 million tonnes would require using all of EU’s current wind and solar to produce hydrogen. It is therefore easy to conclude that to decarbonise the power sector, to electrify most other sectors like heating and road transport, and to decarbonise the existing hydrogen production in addition to meeting the future needs of hydrogen production, the use of renewables will have to increase faster than the present pace and therefore much more renewable capacity is needed. As hydrogen production will increase the electricity demand and therefore there will be more appetite to build more renewables.

However, a strict application of the additionality principle, as proposed in leaks of the delegated act, risks hampering the decarbonisation goal. The EU legislation on hydrogen should not prescribe or exclude any business models needed to achieve this goal. Obligations to develop renewables should generally be placed on member states rather than on a project-by-project basis. All CO2-free electricity should contribute to meeting the potential hydrogen demand. The limit to qualify as sustainable could be set based on CO2 emissions criteria e.g. by following the EU’s sustainable finance taxonomy’s approach. 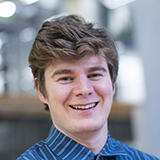 1Revised European Union’s Renewable Energy Directive (RED II), adopted at the end of 2018, which contains specific provisions on the production and use of Renewable Fuels of Non-Biological Origin (e.g. hydrogen, ammonia, methane, methanol and Fischer-Tropsch fuels produced with renewable electricity) within the transport sector. It also lays out in article 27 the criteria for renewable hydrogen, produced with electricity which has been transported or distributed via the electricity grid, to qualify as renewable. These criteria were supposed to be further defined via delegated act by 31 December 2021.

2This is especially relevant for Nordic countries that have multiple price areas in their electricity grid e.g. Norway, Sweden and Denmark.

3The term additionality is used with various meanings, sometimes referring to all the criteria for RFNBOs or just the requirement to build/finance new renewable electricity projects.

4The classification is used in Florence School of Regulation policy brief Renewable hydrogen and the “additionality” requirement: why making it more complex than is needed.

6The limit in the EU taxonomy for sustainable hydrogen production is 3 kg of CO2 per kg of hydrogen.

7In fairness the RED2 does recognise that the electricity grid has renewables and the share of renewables in the grid could be used to produce hydrogen that would qualify as RFNBO for the renewable share.

8The normal lead-time for developing renewable projects is 4-6 years.

9Frontier Economics has analysed the impacts of different temporal granularities in matching electricity generation with hydrogen production. The analysis shows that emission reduction impact of strict temporal correlation e.g. hourly is very small while costs can increase significantly. Read more: Understanding RED II – What is the CO2 emissions impact of the rules defining hydrogen as “green”?

10The electricity price is determined by the costs of the last unit that is needed to fill the demand for every hour. Often the last unit is the most carbon intensive and therefore the carbon price has an impact of increasing electricity prices. Simplified example: The costs of generating electricity from coal come from the plants fixed costs and the operating costs namely the price of the fuel and the price of carbon. One MWh of efficient coal emits around 0.8 tonnes of CO2 hence 1 euro increase in the carbon price increased the coal generation costs by 0.8 cents. The current carbon costs around 90 €/tonne would mean that the electricity costs at least 72€/MWh. The electrolysis operating costs would be 3.9 € / kg of hydrogen using that electricity and that is excluding the fuel costs and investment costs related to electrolysis process and the power plant. Currently generally quoted fossil hydrogen production costs are around 1€/kg, adding the current carbon price of 90€ adds 0.9€ to the price. It is not likely that one would start using fossil fuel electricity to produce hydrogen in the EU where the ETS is in place.

11The European Power Sector in 2020 Up-to-Date Analysis on the Electricity Transition. Analysis, Ember and Agora energiewende 2021.