In February 2022, the world changed overnight and became very different looking. At the same time, the urgency to curb climate change and the need to produce stable, predictable electricity for society’s needs remain unchanged. Nuclear power’s role as an important part of clean energy has been further accentuated. In the energy system transition, small nuclear reactors and their innovative technical solutions may have an increasingly more important role in producing self-sufficient, reliable and safe energy.

Significance of production stability and security of supply have increased

Nuclear power has always functioned as a production- and price-stabilising component in a clean energy system. In the changed global situation, potential challenges in terms of availability and price of fossil- and bio-based imported energy, as well as the desire to boost energy self-sufficiency and to ensure security of supply further strengthen the role of nuclear power.

Small nuclear power, particularly small modular reactors (SMR), is now looking increasingly interesting. Depending on the plant type, SMRs can produce energy (electricity, heat, hydrogen) for several years without having to be refuelled. This can be done, for example, by increasing the plant’s fresh fuel stocks and reducing the reactor fuel change cycle. The independence from weather conditions means that energy is reliably available whenever it is needed – at a stable and predictable price. In addition to baseload production, SMRs can also be used for regulating purposes, which allows consumption and other production to be followed.

Because of their output capacity, the small plant units can be dispersed to consumption sites around the country, which has its own advantages. In addition to electricity production, SMRs can offer a heating solution for population centres or a solution for the needs of energy-intensive industry.

For us at Fortum, nuclear power is a central pillar of carbon-free electricity generation together with hydro and wind power. We just submitted an operating licence application to continue production at Loviisa until 2050. Nuclear power’s stabilising effect also makes it possible to increase weather-dependent, renewable energy production.

One of Fortum’s key strategic targets is to strengthen and grow in CO2-free generation. In terms of nuclear power, the share of production of Olkiluoto unit three and the lifetime extension of the Loviisa nuclear power plant are part of our strategy implementation. Fortum is exploring opportunities to also grow in small nuclear power. Our subsidiary Uniper is very much involved in SMR development through its participation in the development of SMR test equipment in Oskarshamn, Sweden.

There is active development of SMR around the world, and the first projects have already been announced in Western countries. France recently made a strong move to increase the role of nuclear power, and there are noteworthy projects underway in Sweden. Very promising SMR concepts can already be seen, and plants are expected to be operating already during this decade. Now legislation and regulation must evolve at least at the same pace as the technology to enable the rapid deployment of SMRs as part of the totality of carbon-free, self-sufficient energy production.

At the same time, the development of cost and schedule certainty for large reactor units should be kept in mind. New reactor concepts are increasingly focusing on tackling these challenges and new solutions have been found to better manage them. One example of this is the French EPR2 concept. Developments should also take place in country-specific legislation and regulations so that large nuclear power units can remain an option alongside SMRs. 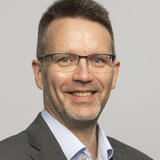