The operating hour-based annual maintenance took a surprising turn at Keljonlahti power plant when major damage requiring major repairs was discovered in the turbine rotors. The ten-week project extended to nearly seven months, but in the end, the machine was started precisely on the agreed date, and the total expansion efficiency of the turbine increased by more than 4%.

The Keljonlahti power plant, commissioned in 2010, is a biofuel power plant in Central Finland producing electricity and district heat for the Jyväskylä area. An overhaul that would involve opening the turbine had already been planned in Keljonlahti since 2015, when certain irregularities were detected in the behaviour of the turbine.

In the beginning, Fortum eNext’s assignment consisted of a regular operating hour-based overhaul involving opening the turbine. Based on the known problems, the assignment also included the balancing of the IP rotor and realignment of the bed. Both parties also wished to identify what was causing the turbine’s unusual vibration behaviour.

While some damage had been predicted, the overall scope of the damage came as a surprise. The original ten-week project extended to nearly seven months.

Overall, the entire project was extensive. Alex Schreckenbach, who is in charge of operations at the Keljonlahti power plant, says that he particularly appreciates the fact that the project was completed on schedule and delivered on the previously agreed dates, even though it consisted of several partial deliveries and included many challenges and surprises.

Since the overhaul, it has been possible to operate the machine without any power range or running mode restrictions. The total expansion efficiency of the HP turbine has increased by more than 4%.
“The fact that Fortum was able to repair such major damage within such a short time really proves its strong expertise and flexibility," he says. 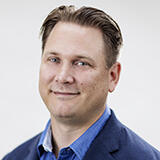