In 2019, Fortum eNext and Valmet implemented an extensive modernisation of steam turbine automation for Neve (Napapiirin Energia ja Vesi Oy). The control and protection system was renewed completely and integrated into the plant’s DCS system. This brought more flexibility to production, which enables participation in frequency support in the reserve market. The investment will therefore pay off quickly.

In 2018, it became evident at the Suosiola power plant of Napapiirin Energia ja Vesi Oy (Neve) that the original turbine automation from 1995 was nearing the end of its life cycle. The plant wanted to find a modern solution to replace the outdated turbine automation, because it was practically impossible to implement major changes to the old system.

After the feasibility study performed by Fortum eNext and a tendering phase, Neve chose Valmet Automation as the supplier of the new system, as the plant was already using Valmet’s systems. However, auxiliary equipment and the instrumentation of the turbine island often need to be renewed in connection with modernisation, which is why Neve wanted to assign the overall responsibility for the project to a single supplier.

“At first, we were planning to carry out the modernisation of automation directly with Valmet, but Fortum’s broader mechanical expertise in turbine plants was crucial. We also knew that Fortum is a reliable partner because they had previously carried out turbine revisions and generator maintenance for us. It was important for us that the project was supported by a major player in case of any unexpected events,” says Henri Jokkala, who worked as Electrical Automation Manager at Neve during the modernisation.

The project progressed according to plan and was delivered in just six months, from signing the agreement to approval. The start-up was completed as planned, and the machine went live on the first attempt.

The electricity market has changed considerably in recent years, and even CHP plants need to increase production flexibility. They must be able to run turbines more efficiently in varying conditions.

"In future, each plant operating in the reserve market will have to develop its functionalities more flexibly. With the current set of controls, adjustments down and up, as well as frequency support, work very well. We have also achieved lower vibration levels,” says Production Director Jukka Partanen from Neve.

“Modernisation has enabled participation in modern electricity trading in a new way. Participation in the frequency-controlled reserve market is no longer limited by outdated turbine automation,” says Henri Jokkala.

Automation is a complicated investment for many operators. It is difficult to justify the modernisation of an old but functioning system, because the payback time is not easy to calculate. Modernisation is often postponed, because its benefits are not fully understood. However, when a plant actively serves as reserve for or sells electricity to the grid manager, a payback time can be calculated for automation, regardless of the scope of the investment.

5 reasons to modernise your control and protection systems 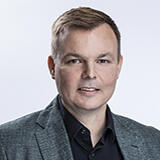